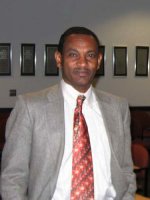 He is a specialist in African and economic social history, with a focus on slavery, emancipation, labor, and urban history. The geographical focus of his research is Sudan, the Nile Valley, and North Africa.  His publications include:

In 1991-92, Professor Sikainga was a Mellon Fellow at Harvard University and in 1996-97 he was a Fulbright Scholar in Morocco. His current research examines the role of slavery, ethnicity, and identity in the development of popular culture in contemporary Sudan. He is also working on a research project that deals with the Islamic legal system and slavery in Morocco in the 19th century.  He spent 2007-08 conducting research in Sudan.