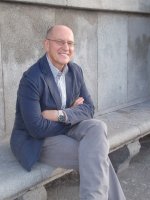 A former Soviet expert in US history, especially on the social and cultural history of colonial British America, Dr. Sergei Zhuk, moved in 1997 to the United States and defended his new (now American) Ph.D. dissertation about imperial Russian history at Johns Hopkins University in 2002. Now he is an Associate Professor of Russian and East European History at Ball State University in Muncie, Indiana. His research interests are knowledge production, cultural consumption, religion, popular culture, and identity in a history of imperial Russia and the Soviet Union.

He is currently working on a book about social and cultural history of American studies in the USSR during the Cold War.