Restoring Russian Support for the War on Terror

In the hours after the planes struck the World Trade Center and the Pentagon on 9/11 the first foreign leader to call President George W. Bush to express sympathy for the victims of the attack was the Russian president, Vladimir Putin.

Putin’s phone call and promise to support the United States in crushing Islamic terrorism appeared to herald a new era in U.S.-Russian cooperation. Now, five years after the terrorist attacks, ties between Washington and Moscow are increasingly frayed, and Russia has become a determined foe of the American Middle East agenda.

The transition from the U.S.-Russian “strategic partnership” heralded by Bush in 2001 to today’s staredown in the United Nations over the Iranian nuclear program should come as no surprise. The further the American quest to remake the Middle East goes, the more it threatens Russia’s entrenched economic interests. Regaining Russian support will require Washington to find a way of making its agenda in the Middle East profitable for Moscow.

Not that Russia’s embrace of the U.S. cause after the attacks was insincere, but the Bush Administration misunderstood Putin’s motives. As 9/11 unfolded, Russia was bogged down in an increasingly desperate, bloody war with Chechen separatists. The attacks on New York and Washington allowed the Kremlin to equate its struggle against the rebels in Chechnya with the conflict between the United States and al- Qaida. In President Bush’s post-9/11 fervor, he largely accepted Putin’s claim to be fighting the forces of global terrorism in Chechnya.

What this embrace of Putin concealed was that the United States and Russia had vastly different ideas about the nature and scope of the war on terror. For Russia, the war on terror was always about Chechnya. The Kremlin was content to stamp out the rebels — a task in which it appears to have largely succeeded — while conducting business as usual with the rest of the world, including countries such as Iraq and Iran.

Though certainly afraid of militant Islam in Chechnya and elsewhere, the Russians made a sharp distinction between stateless radicals and the “rogue states” Bush has sought to undermine. True, the American-led war in Afghanistan didn’t bother the Russians much. But Afghanistan was remote and poor, its only exports of note to Russia being heroin and jihadis (several militants fighting in Chechnya had received training in Afghan camps).

On the other hand, Russia had important reasons for supporting the status quo in Iraq, and now Iran. Russian opposition to the invasion of Iraq was mainly an economic calculation. The Russian (and Soviet) governments had invested billions of dollars in Saddam Hussein’s s Iraq. Saddam had spent around $9 billion on Russian military equipment — and still owed the Kremlin more than $7 billion when he was overthrown by U.S. forces. With Saddam now on trial for war crimes, the Russians are unlikely to recoup even a fraction of that money.

The same story in Iran: because of the long-standing U.S. embargo on the Iranian regime, Russia has been one of Tehran’s most reliable business partners. The Iranian nuclear program, which lies at the heart of the current standoff between Tehran and Washington, is largely designed and staffed by Russian scientists. Russia is charging Iran $800 million to build the main Iranian nuclear complex at Bushehr, which it also sees as a way to advertise Russian nuclear technology to other potential customers. Having seen its investments in Iraq dry up after the U.S. invasion, the Kremlin is understandably nervous about having a similar scenario unfold in Iran.

Ever since 9/11, Bush has spoken of transforming the world — and the Middle East in particular — along democratic lines. An increasingly authoritarian Russia is not particularly interested in advancing democracy, especially if it interferes with opportunities to make money. In a strange post-Cold War role reversal, it is now the United States that seeks to export its ideology, while the Russians just want to do business.

The good news for Bush is that, since Russian opposition is more pragmatic than ideological, it should be possible to buy it off with the right package of incentives. That would require less high-minded moralizing and more old fashioned Texas horse trading by the Bush administration. Bush should acknowledge and offer to protect Russia’s economic interests in the Middle East, and get Russia back behind the war on terror.

Jeffrey Mankoff is a writer for the History News Service and a doctoral student in history and security studies at Yale. E-mail: jmankoff@yahoo.com. 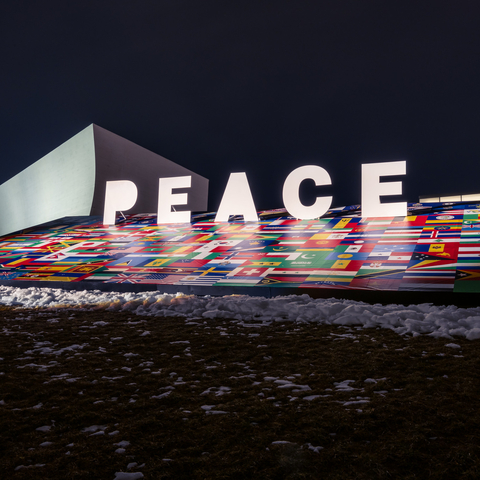