The United Nations declared 2019 to be the International Year of the Periodic Table, celebrating the 150th anniversary of the discovery of the periodic law.

Early in 1869, Russian chemist Dmitrii Mendeleev was in a predicament many people are familiar with—he was facing a deadline.  He had delivered the first volume of his inorganic chemistry textbook to his publisher but was struggling with how to organize the second volume.

This struggle would culminate in a remarkable discovery, a system that classified all of the chemical elements.  In March 1869, Mendeleev delivered a full paper to the Russian Chemical Society spelling out the most significant aspect of his system, that characteristics of the elements recur at a periodic interval as a function of their atomic weight.  This was the first iteration of the periodic law. 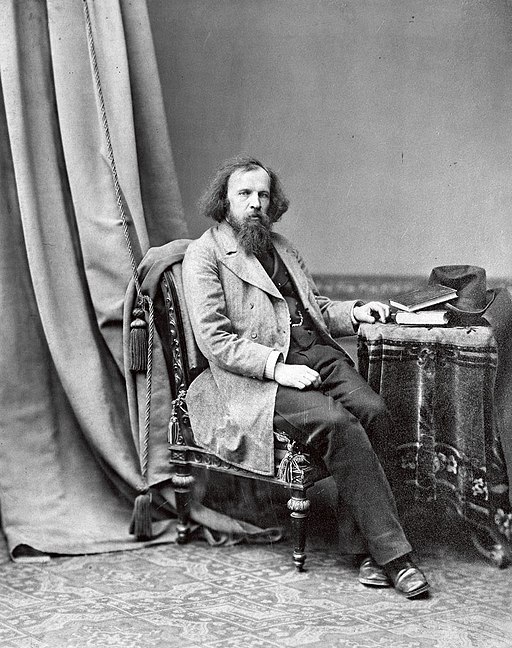 Russian chemist and educator Dmitrii Mendeleev is best known today for his creation of the periodic table of elements.

Mendeleev was far from the first chemist to attempt to organize the elements by atomic weight or to recognize that characteristics recurred on some sort of regular basis. Through much of the nineteenth century, chemists had worked to find an organizing principle that encompassed all of the known elements and that could be considered a law of nature.

Mendeleev’s system was not perfect but it had the hallmarks of a scientific law, one that would hold true through new discoveries and against all challenges.

One of the unique aspects of Mendeleev’s table was the gaps he left.  In these places he not only predicted there were as-yet-undiscovered elements, but he predicted their atomic weights and their characteristics. The discovery of new elements in the 1870s that fulfilled several of his predictions brought increased interest to the periodic system and it became not only an object of study but a tool for research. 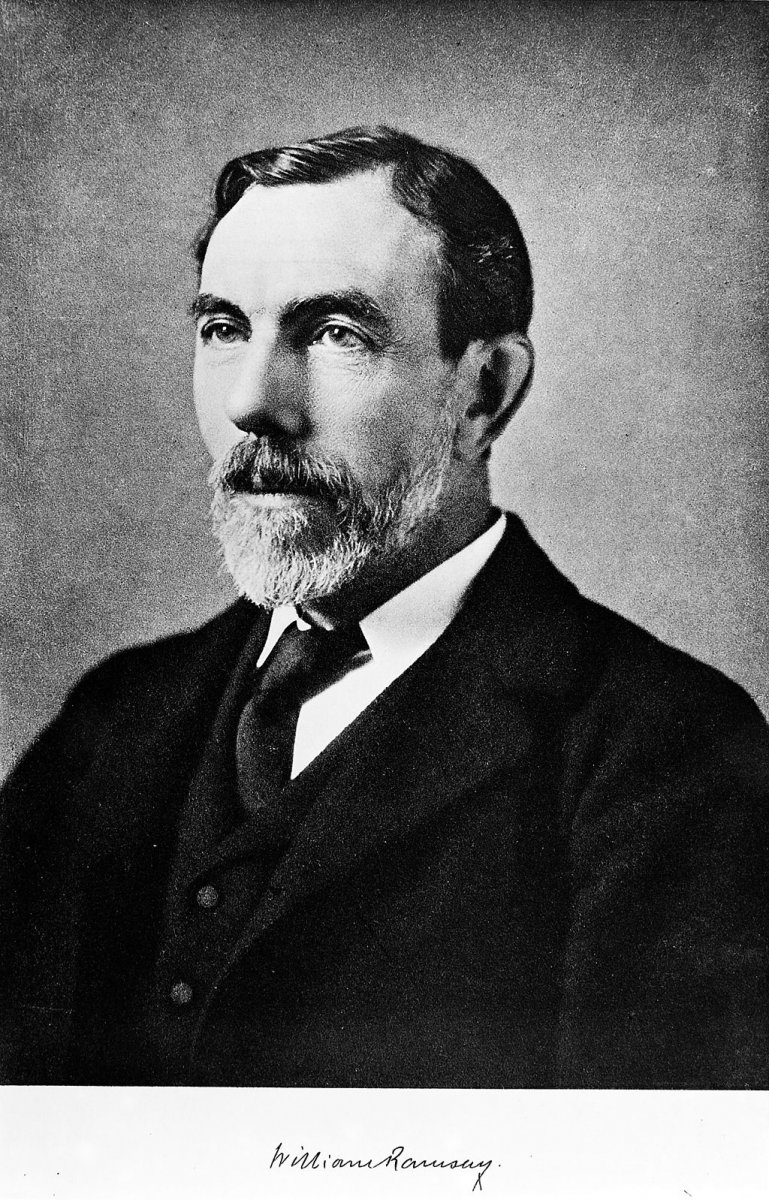 Sir William Ramsay, who, in the 1890s, discovered the existence of the noble gases, a previously unpredicted set of elements.

In the 1890s, William Ramsay discovered an entirely new and unpredicted set of elements, the noble gases.  After uncovering the first two, argon and helium, he quickly discovered three more elements after using the periodic system to predict their atomic weights.  The noble gases had unusual characteristics—they were largely inert and resistant to combining with other substances—but the entire set fit easily into the system.

The discovery of radioactivity in 1896 seemed poised to destroy the periodic system. Chemists had always considered elements to be substances that could not break down into smaller parts.  How could radioactive elements, which decayed into other substances, be considered elements?  And if they were, how could so many fit into the very few gaps left in the table?

Chemists and physicists working together began to understand the structure of the atom and were soon able to explain how the periodic system worked on an atomic level.

The 1896 discovery of radioactivity created significant problems for the periodic system.

Rather than atomic weight, atomic number—the number of protons in the nucleus of an atom—determined the characteristics of an element.  Rather miraculously, organizing the elements by their atomic number rather than their atomic weight did not change the arrangement of the periodic table.  In fact, understanding how electrons fill the shells orbiting a nucleus explained some of the anomalies that had plagued the periodic system from the start.

The periodic table—the visual representation of the periodic law—is recognized as one of the great achievements of chemistry and as a uniting scientific concept, relevant to the physical and life sciences alike.

But the periodic table is also an important aspect of science education. 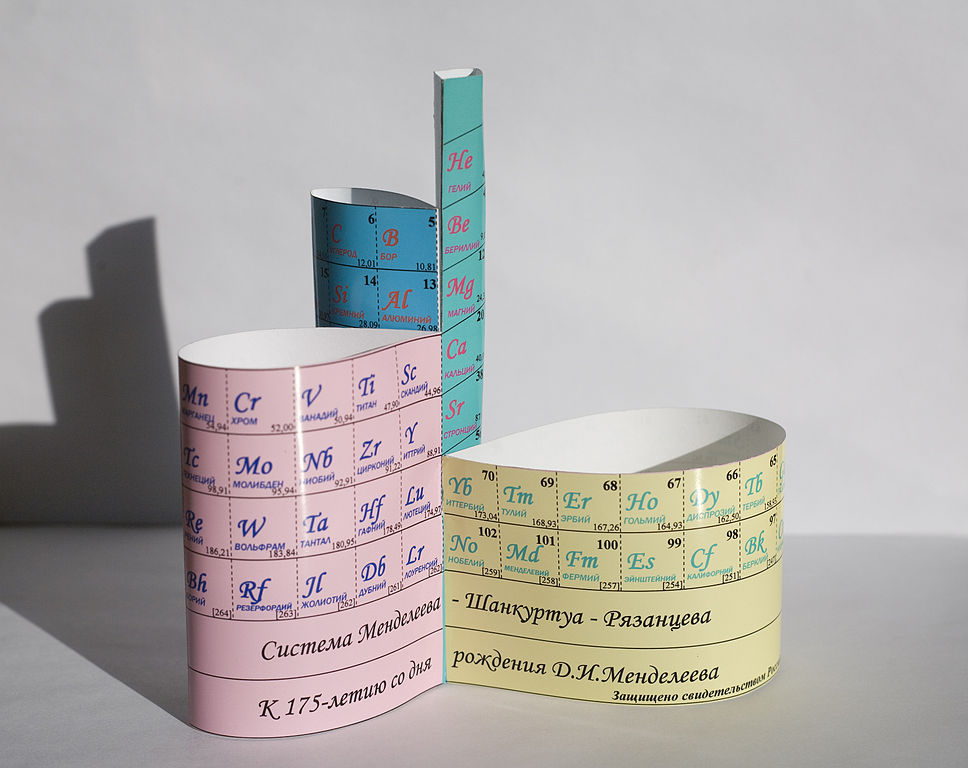 It took time for the periodic table of elements to develop into its current form, and many of its early iterations – such as this one, called “Mendeleev’s Flower” – would be unrecognizable today.

Mendeleev and many of the others who developed systems to organize the elements did so in their roles as chemical educators rather than as chemical researchers.  He was writing a textbook for his students at St. Petersburg University (the only available chemistry textbooks in Russian were translations) when he developed his periodic law.  Perhaps most important, he continued to draw revised versions of the periodic table throughout his life.

The majority of these tables look fantastical in comparison with the castle-like table that is found in classrooms.  Curved forms such as spirals, helices, and three-dimensional figures-of-eight were wildly popular amongst educators well into the twentieth century. These were generally deemed to be easier for students to use to learn about the elements and the relationships between them than a flat, two-dimensional table.

The thing about a flat, two-dimensional table, however, is that if fits easily onto one page or as a poster hanging on the wall. It doesn’t require special fold-outs or printing techniques. It can easily be shrunk or expanded to fit as needed within a text.  And there were plenty of tables to be found amongst all the curves. 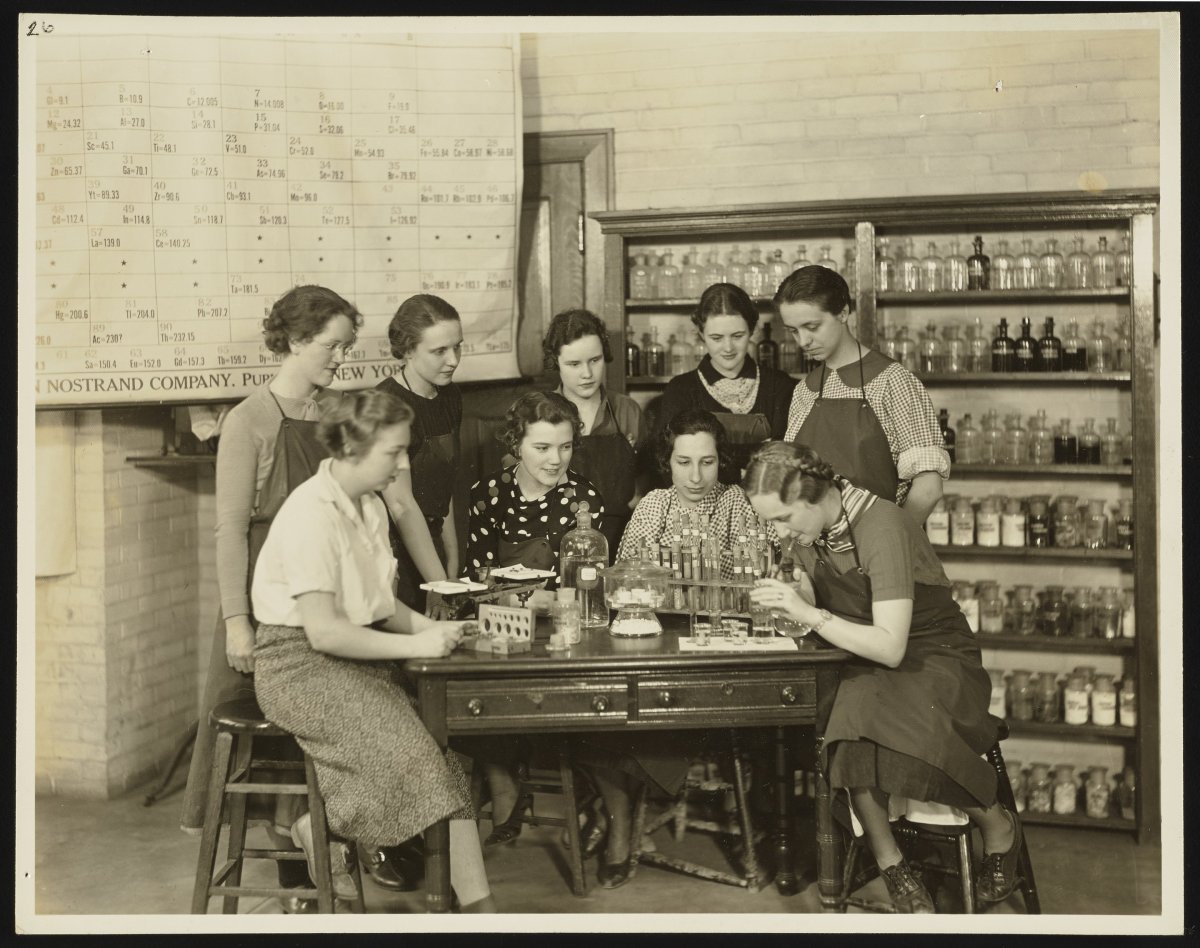 A photograph of the Wilson College chemistry club in Chambersburg, PA circa 1937 shows an example of the Van Nostrand Company periodic table visible in the background (photo courtesy of ScienceHistory.org.)

So why this one table?  Where did it come from?

There were so many similar tables that in some ways it just evolved over time.  But chemists frequently point to the table created by Horace G. Deming, a professor at the University of Nebraska, as the progenitor.  Deming’s table first appeared in his 1923 textbook General Chemistry and was slightly modified in each edition until the final one appeared in 1952. 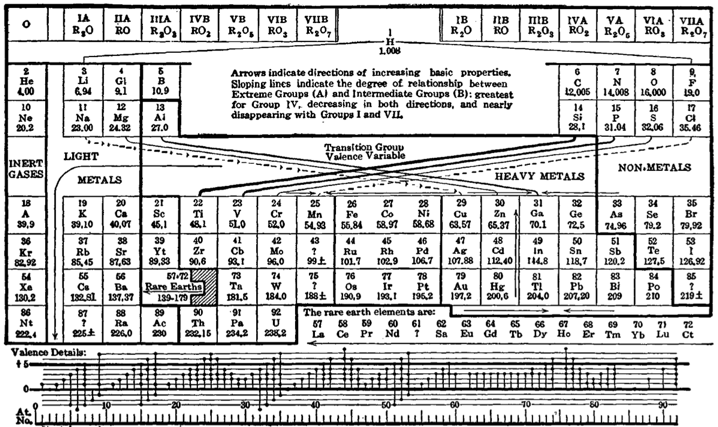 A 1923 Deming Periodic Table; chemists frequently credit Horace Deming, a professor at the University of Nebraska, with being the progenitor of the modern periodic table.

Chemical educators lauded Deming’s table, but scientific supply companies made it famous. Merck handed it out as part of a promotional campaign in the 1920s. The Welch Scientific Company sold it in the form of wall charts, and in standard page size and vest pocket editions.

Today, renderings of the table can be found on almost any type of consumer good—shower curtains, coffee mugs, key chains, phone covers, and the list goes on. 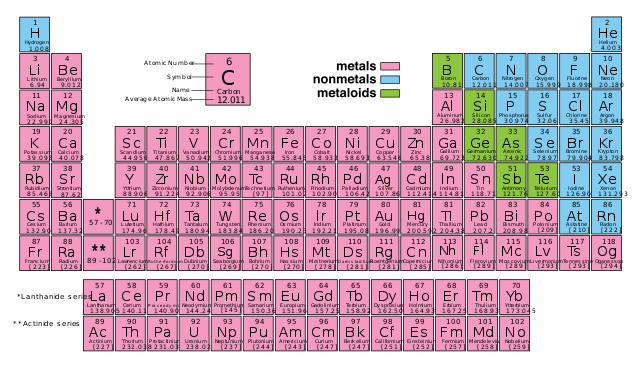 The story of the periodic table is in many ways one about textbooks, things that are usually given short shrift.  But consider that Mendeleev made his name in the Russian chemical community by writing a textbook (his organic chemistry textbook won a prize), and then became famous by discovering a law while in the process of writing another textbook. And the periodic table we see in textbooks and in classrooms got its start in a textbook.

If nothing else, the story of the periodic law should make you rethink your opinions of textbooks and textbook authors. And maybe, too, remember the creativity and innovation that can occur in the face of a deadline. 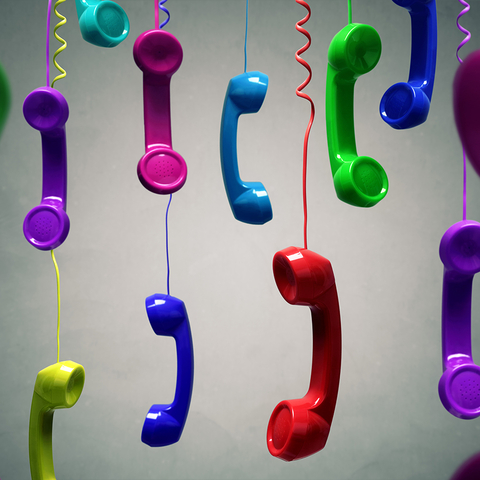 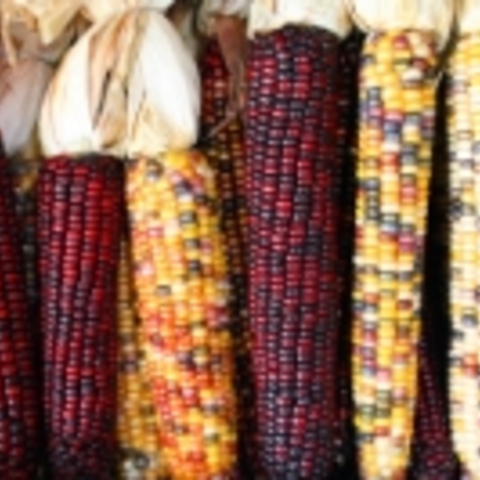 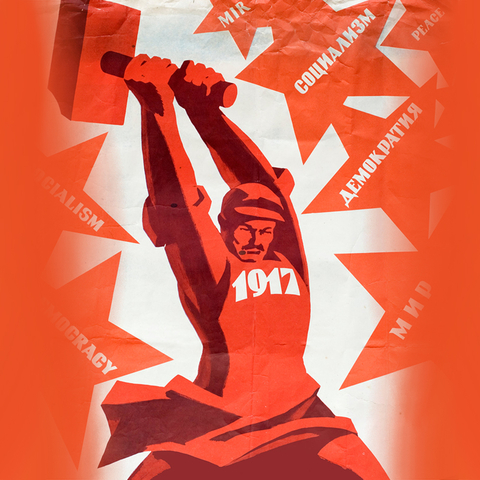 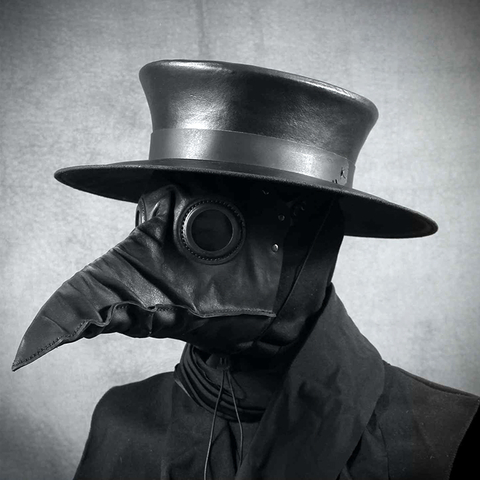 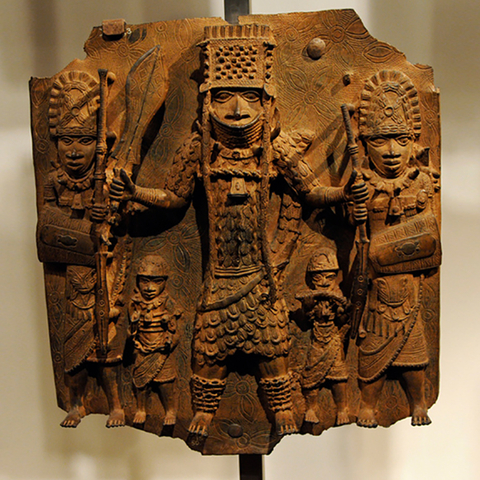