From the visceral beach sequence in Steven Spielberg’s Saving Private Ryan to the claustrophobic atmosphere of Wolfgang Peterson’s Das Boot, films about the Second World War often include indelible scenes, moods, and sounds. As we move further and further away from the actual events of the war, movies have become the dominant means for us to envision them.

But can you really rate the top ten World War II films?

There are so many great films out there and so many I have not seen. With that caveat out of the way, I have listed my picks for ten great World War II films below. The list is chronological and it reflects my own research interests in Russian/Soviet and European cinema. I have elected to highlight films that might not be as well-known to readers (fortunately, many of these films appear in outstanding Criterion Collection editions).

So, no Casablanca or Saving Private Ryan (although both are great); no Das Boot or Downfall (the former is, the latter less so). I have also decided to leave films about the Holocaust out of the list, even though several integrate the experience of the war with its genocidal impulses (Louis Malle’s Au revoir les enfants, for example).

Finally, I have focused on films that “do” history well; that is, offer meaningful interpretations about the past or otherwise engage thoughtfully with previous interpretations of the past. And yes, stating these caveats allowed me to sneak even more films into this article (don’t tell). 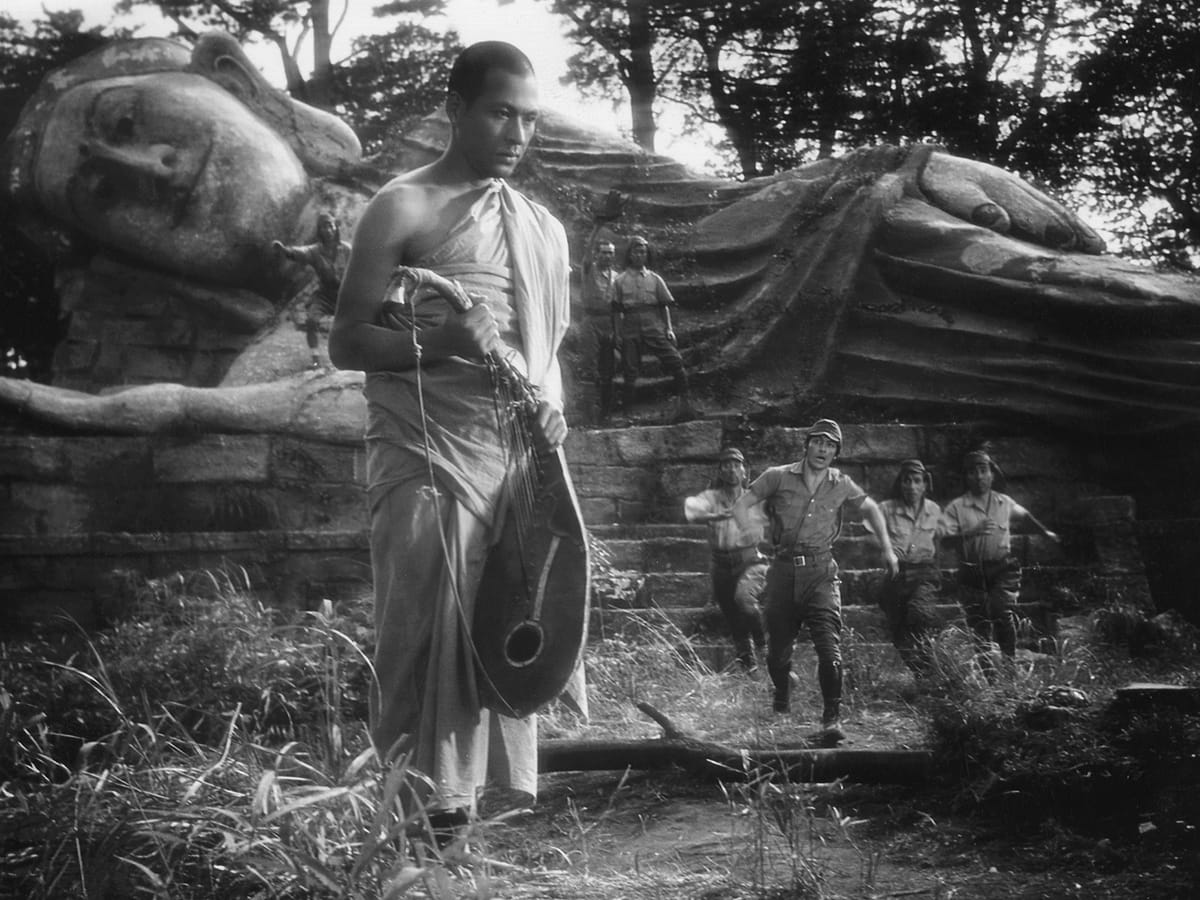 Private Mizushima, the lone survivor of a battle who has disguised himself as a Buddhist monk, decides to bury the dead. In one of the most striking scenes from The Burmese Harp, Mizushima comes upon a beach, stops, and stares in shock at an enormous mound of dead Japanese soldiers. He covers his face, weeps, and runs, trying to avoid the carnage. Throughout the scene, Akira Ifukube’s stirring score reaches a crescendo, heightening the emotions. Mizushima cannot truly hide from the war’s reality and neither can we, the viewer.

The Burmese Harp, a movie director Kon Ichikawa (1915-2008) declared to be “the first film I really felt I had to make,” was one of two great war films he made in the 1950s (the other was 1959’s Fires on the Plain). Both deal with war’s aftermath and with the dead that haunt those that survived. The 1950s was a particularly fertile period for Japanese filmmakers exploring the war: Masaki Kobayashi’s three-part, nine-and-a-half-hour The Human Condition (1959-61) narrates the story of a Japanese man from his time as a labor camp supervisor to Imperial soldier to Soviet POW. 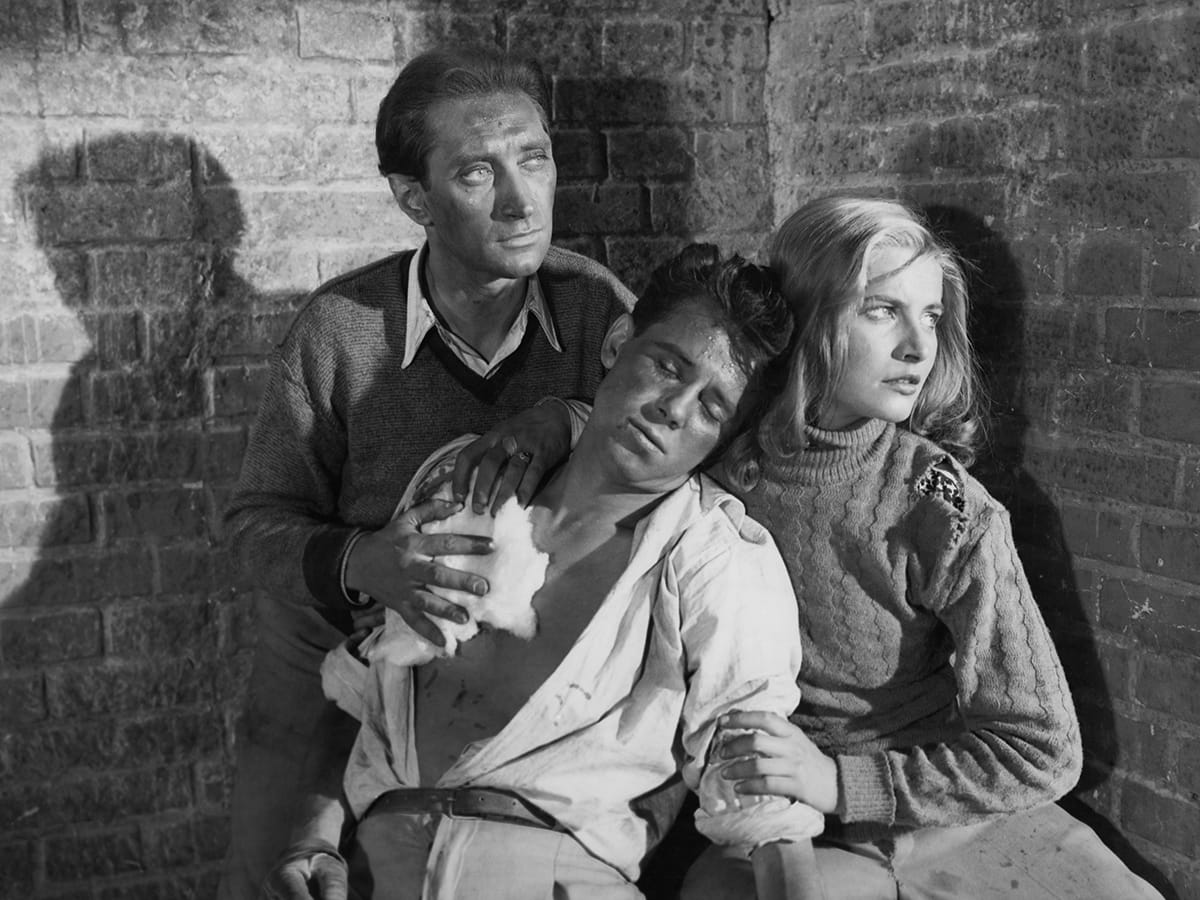 When Polish participants in the 1944 Uprising climb into the sewers in Andrzej Wajda’s Kanal, we hear the expected squishy, mucky sounds. Some go mad. Others despair they will ever survive, a feeling further enhanced when some reach a grate and can only gaze across the Vistula River. Throughout the episode, we can also feel the claustrophobic fear of the time; we can almost smell the sewers.

The second part of Andrzej Wajda’s brilliant war trilogy (it followed 1955’s A Generation and was succeeded by 1958’s Ashes and Diamonds), Kanal truly takes the viewer inside the doomed 1944 Warsaw Uprising. The film manages to capture what the director and several critics termed the “truth” about the Uprising: its heroism and selfishness, but also its failures. The words we are told at the outset by a narrator haunt throughout: “watch them closely, for these are the last hours of their lives.” Wajda would return to the war again and again in his movies, culminating in his 2007 film Katyn. 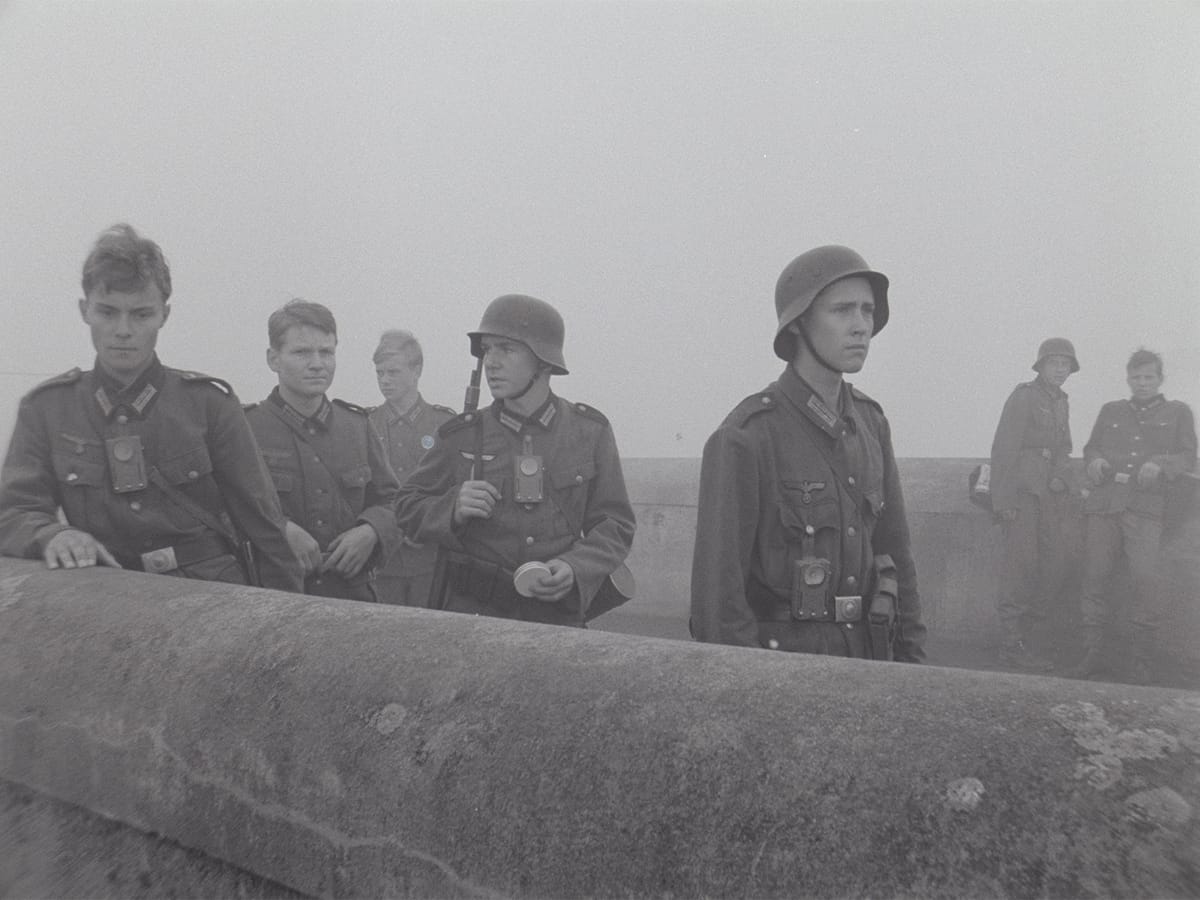 Still from The Bridge (Criterion Collection).

In the last scene of the film, we look down on a ruined bridge and the dead bodies that now litter it. As the film fades to black, a text informs us “This event occurred on April 27, 1945. It was so unimportant that it was never mentioned in any war communique.” Bernhard Wicki’s The Bridge is a devastatingly simple story. Set in the last days of the war, it provides a cinematic narrative to the so-called Volkssturm created in October 1944, when all males between the ages of 16 and 60 were conscripted to defend Germany.

The Bridge takes place in an unimportant town on the Western border of Germany as the American army approaches. A group of school boys either volunteer or are drafted to fight. Filled with patriotic ideals and images of glory, they go through a hasty training before being asked to guard the bridge separating their town from the Americans. Their tragedy is the unimportant event. 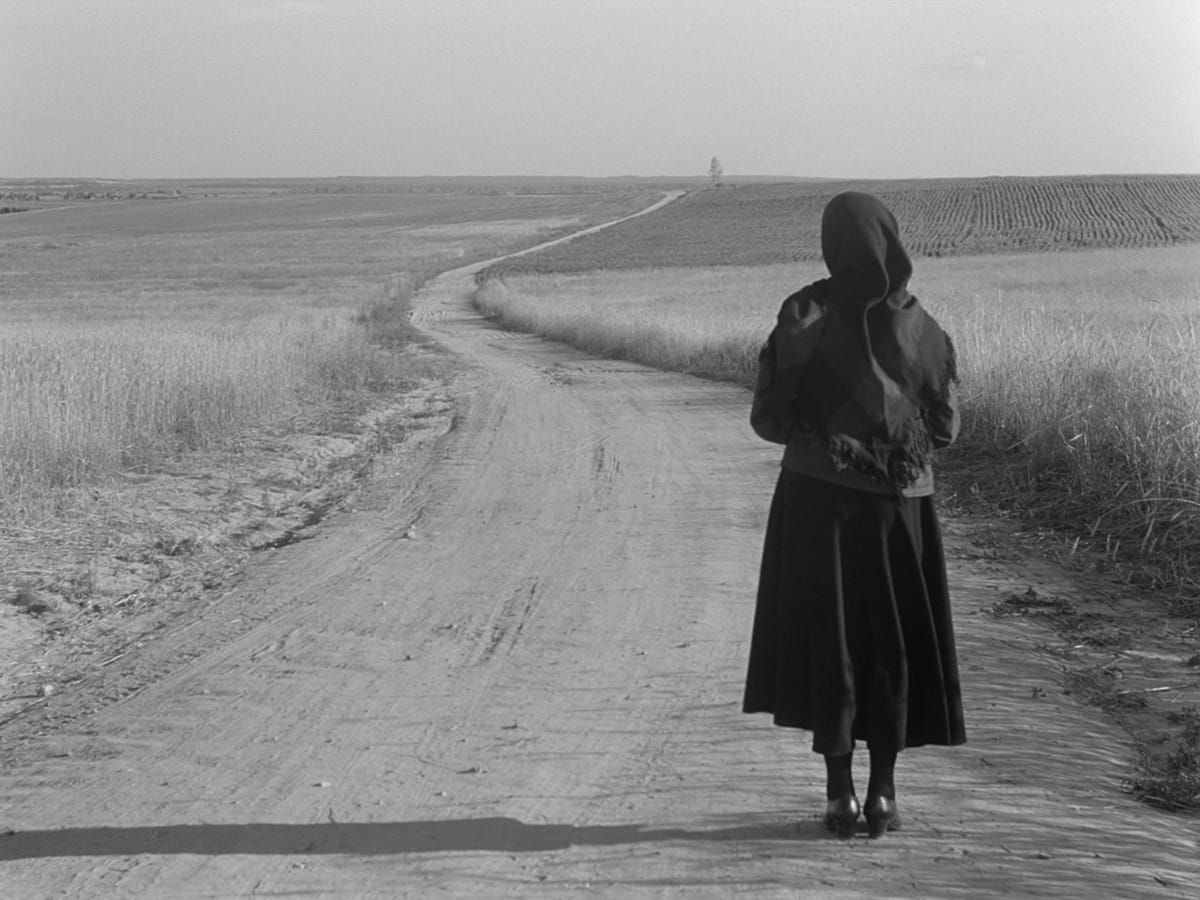 Still from Ballad of a Soldier (Criterion Collection).

Framed at the beginning and end by a shot of a single woman standing at the end of a dirt road, Ballad of a Soldier is, as the narrator states, the story of a “Russian soldier, but for her, just a son.” During the so-called Thaw (a period in Soviet history of relative political and cultural openness after the death of Stalin), a handful of Soviet filmmakers tried to capture the human costs of a war that killed 27 million Soviet citizens.

Mikhail Kalatozov’s The Cranes are Flying (1957) takes us behind the front lines to witness the ways the war impacts one woman. Sergei Bondarchuk’s 1959 Fate of a Man follows one soldier who learns his entire family has died during the war. And Andrei Tarkovsky’s Ivan’s Childhood (1962) explores the ruination of the titular character’s childhood.

All are great, yet the best of this bunch for me is Chukhrai’s Ballad of a Soldier. In a simple, elegant narrative, Chukhrai allows us to see multiple aspects of the war and its costs, as we follow that single soldier, a young private named Alyosha, who has received leave from the front, as he attempts to return home to fix his mother’s leaky roof. At the beginning of the film, we learn Alyosha later died in the war, making the journey and its climax all the more moving. 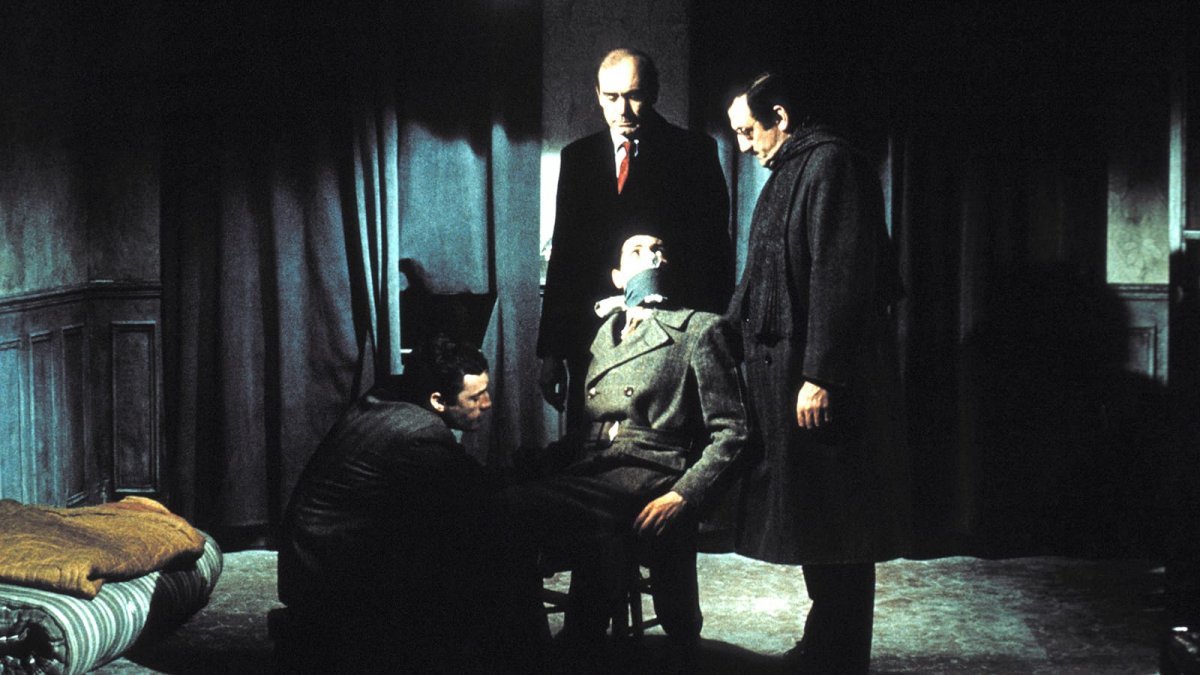 The myth of the French Resistance found expression in great films such as Rene Clement’s 1946 The Battle of the Rails and Robert Bresson’s 1956 A Man Escaped. The greatest of them all, though, is Melville’s. The director participated in the Resistance and stated he wanted “to show things I have seen, that I have experienced.” The film’s greatness in many ways echoes that of Wajda’s: the Resistance fighters are heroic, but their cause is not entirely romanticized.

Melville lets us peer into the tensions, suspicions, and fears of a small group led by Philippe Gerbier (memorably played by Lino Ventura). Army of Shadows in many ways presaged the more critical cinematic approach to the war in France associated with movies such as Louis Malle’s Lacombe, Lucien (1974). Criticized heavily in France because of its supposed glorification of Charles De Gaulle (the film appeared a year after the uprisings of 1968), Army of Shadows was not released in the United States until 2006. 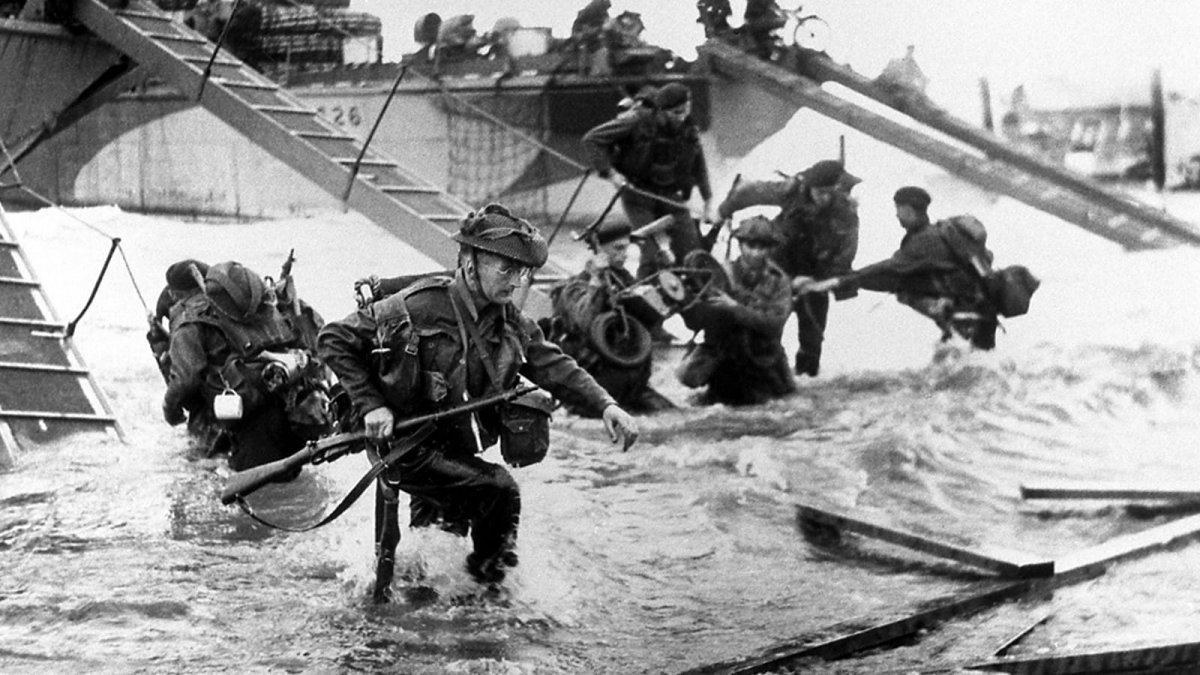 Cooper’s taut 84-minute film tells the story of the war through one individual, 21-year-old Tom, as he goes through basic training before participating in D-Day. The focus on the individual story to tell a larger tragedy has echoes of Ballad of a Soldier; its tone helps to contest British mythic versions of the war. What sets it apart is its incredible use of archival footage from the Imperial War Museum mixed within the black-and-white narrative.

In one memorable scene, Tom sits in a forest and writes a letter to his parents. He writes of mundane details (his fountain pen works well, he is eating well), before turning to more meaningful matters, commenting that as the invasion draws near, he feels smaller and smaller, part of a machine, before closing that he expects not to survive. As Tom writes, we see archival footage of aerial, land, and civilian preparations for war. The effect is striking, even haunting: Tom is a small, tragic, forgotten part of the larger war. 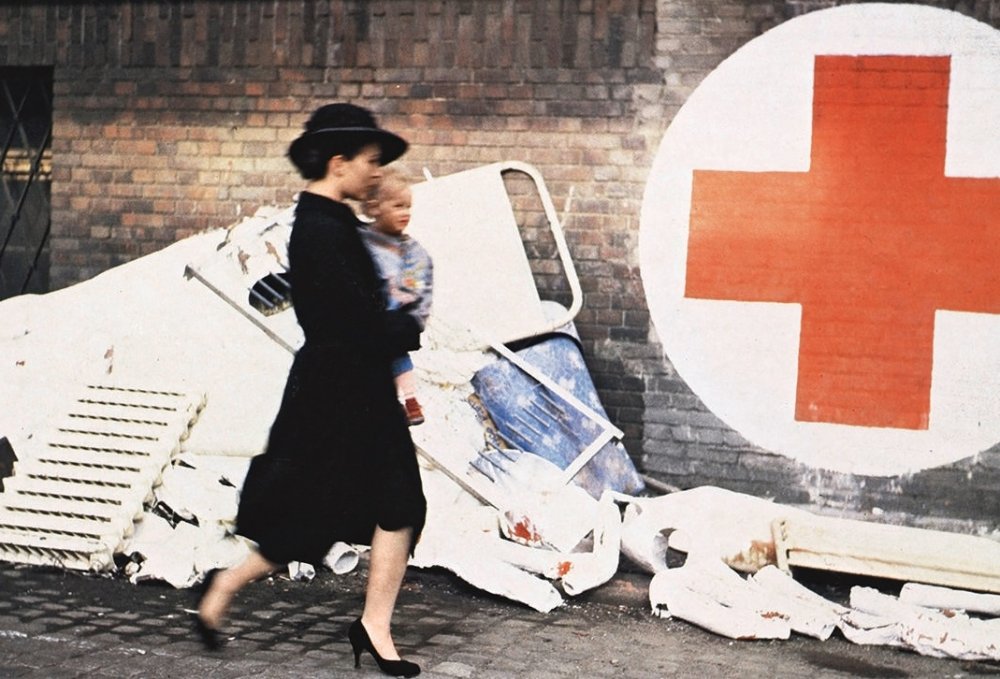 Still from Germany, Pale Mother (From the BFI re-release site).

Taking its title from Bertold Brecht’s prescient 1933 poem, Helma Sanders-Brahms’s underrated film caused considerable controversy in West Germany when it first appeared for its frank appraisal of one woman’s experiences. The focus is on Lene, a German woman married to Hans, who is later conscripted to fight. We follow Lene’s experiences, including her attempts to shelter her daughter Anna and her sexual assault at the hands of two American soldiers.

Sanders-Brahms takes the story into the postwar years, when Hans’s friend Ulrich, a committed Nazi, manages to reintegrate better than anyone else, causing Lene to experience her own form of trauma. What makes the film stand out is its autobiographical nature: Lene is a characterization of Sanders-Brahms’s mother (also named Lene) and the director provides the narration, allowing her to comment on the past and her mother’s experiences. 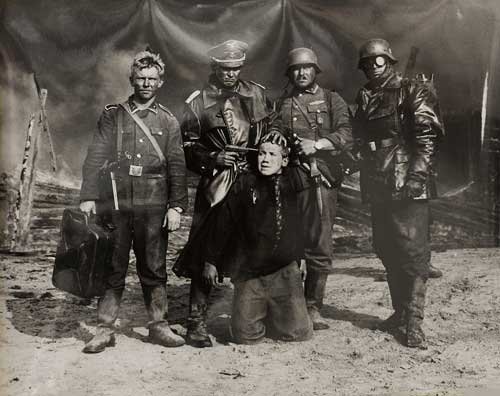 Still from Come and See (from IMDB).

As brutal and nasty as the war itself, Elem Klimov’s film takes place in Soviet Belarus and centers on Flyora, a boy who eagerly joins Soviet partisans only to experience and witness the hellish nature of the Nazi Vernichtungskrieg (war of extermination). The director’s own words can serve as a rough guide before watching: “I understood that this would be a very brutal film and that it was unlikely that people would be able to watch it.”

More than any other film on this list, Klimov’s masterpiece captures the violent, sadistic nature of the war. Although more brutal than many films of the time, Come and See stands alongside other Soviet films from the era that took more critical approaches to the Great Patriotic War, including Larisa Shepitko’s masterpiece The Ascent (1977) and Aleksei German’s 1971 film Trial on the Road, which was banned in the USSR until 1986.

The trailer for Days of Glory.

Great films don’t just capture the past meaningfully, sometimes they contribute to a re-examination of it. Rachid Bouchareb, a French-Algerian filmmaker, tells the story of North African colonial troops, the discrimination they faced, and their ultimate contribution to the Free French Forces. Just as significantly, Bouchareb’s narrative ends with a statement about the treatment of the soldiers after Algerian independence, when the French government froze their pensions.

When then-French President Jacques Chirac attended the film’s premiere, he promised to rectify things. Filmed in a stirringly emotional, old-fashioned manner, Days of Glory was effective in bringing lesser-known aspects of the war to light (other more recent films that fit this bill include Margarethe von Trotta’s 2003 Rosenstrasse, on the successful protests of German women in 1943, and Dmitrii Meskhiev’s 2004 Our Own, which delves into the experience of occupation).

Still from A Woman in Berlin (from the Strand Releasing site).

This film opens as the war ends, as the Red Army enters Berlin. Based on a memoir first published in 1959, A Woman in Berlin manages to capture the brutality, moral ambiguity, and complexities of the Nazi war and subsequent Soviet occupation of Germany (and with it, the mass rapes committed by Red Army soldiers). As the anonymous woman of the title, Nina Hoss is excellent. She has to navigate through the mess the war left behind and make difficult choices in order to survive the occupation, all while coming to terms with her own (and her country’s) complicity.

In memory of my father-in-law, Fred Cox (1941-2018), a war film aficionado who would no doubt have insisted that I put Bridge on the River Kwai, Patton, and Saving Private Ryan somewhere in this list. 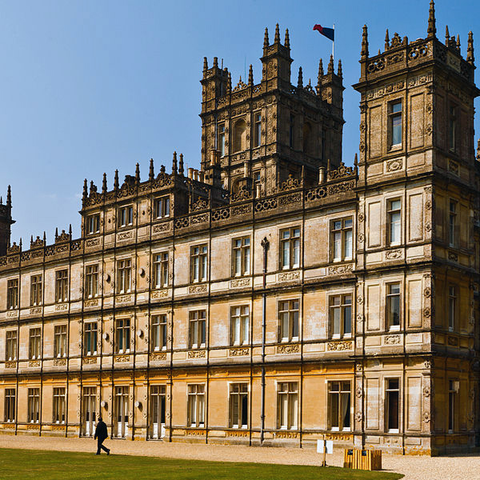 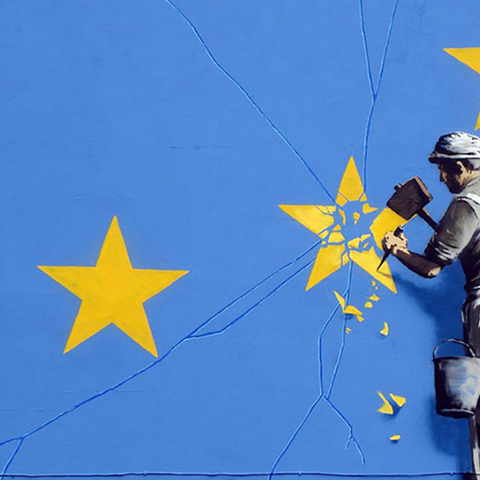 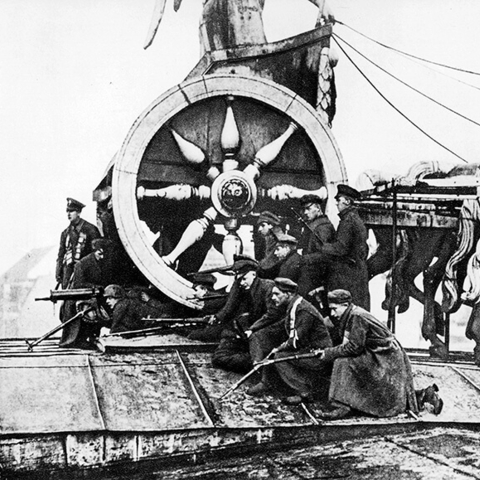 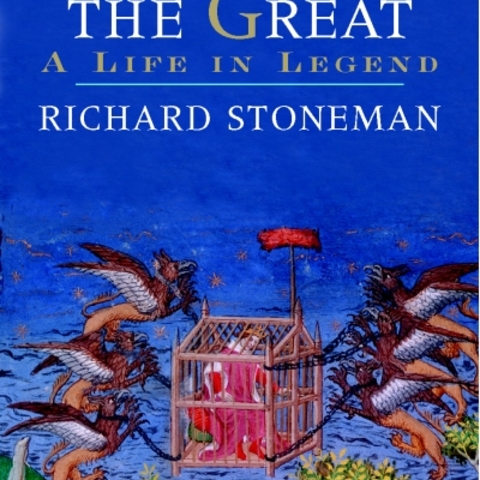