It's not accidental that Ukraine is called the “bread basket” of Eastern Europe. Walking the streets of Kyiv on a summer day is to navigate the cornucopia flowing from women’s baskets lining the sidewalks, selling tomatoes, cucumbers, apricots, peaches, and berries of all kinds. Before the locavore, organic food movement emerged, villagers and townspeople in Ukraine had mastered the arts of growing, cooking and preserving fresh, local, organic food.

Food—getting it, husbanding it, putting it up—formed a major portion of daily life in the late Soviet Union. Despite decades of rhetoric in the West about the watchful, pervasive Soviet state, rural citizens fended for themselves in the most important categories of daily life: food and fuel.

The state did not regulate villagers' and townspeople' self-provisioning, and that gave rural Soviet life, though poor, a sphere of independence. And, for many, knowing where your food comes from, intimately, down to the moisture of the soil, inspires rich sensory experiences that make cooking and eating one of humanity's most sensuous acts.

Those pleasures came to a skidding halt 30 years ago in the spring of 1986 when Ukrainians learned about the April 26 explosions at the Chernobyl Nuclear Power plant. As the plant's fuel burned at 2,000 degrees Celsius, clouds spreading invisible radioactive isotopes passed over fields, pastures, gardens and forests.

Women pulling up weeds in their gardens suffered burns. Grazing animals lost hair and bled from orifices. Men and women in white coats and beeping instruments swept along streets and the edges of fields, while low-flying planes, also taking measurements, passed slowly overhead. In the wake of the accident, the bushels of fresh milk, eggs and brightly colored berries and fruits at the open-air farmers markets were now poisonous.

“The psychological weight,” biologist Dmitri Grodzinskii remembered in 2015, “is hard to express. Nature is what we most love, and then to have to start to consider it dangerous—that was wholly alienating. It triggered a complex of seeing ourselves as victims of our own immediate environment.”

What do you do when your food is too hot to handle? How does a consumer make choices to provision both calories and safety for the family table?

In June, 1986, the Soviet Ukrainian Republic organized a new division of “radioactive hygiene” and sent out medical and sanitation workers to measure radioactivity of air, water, soil and food. They took 950,000 measurements and analyzed them in labs. They followed the flow of radioactive isotopes in the cascade of rivers and lakes from the northern border of Ukraine, where the smoldering reactor was, south towards Kyiv, home to millions of people.

They watched the decay of short-lived but damaging radioactive iodine and then tracked the long lasting isotopes—radioactive cesium, strontium and plutonium—up the food chain and into bodies. From this mass monitoring effort, Soviet doctors learned that radioactive isotopes were everywhere and were getting into everything.

The Ministry of Health sent out orders to food processing factories and farmers markets to measure 100% of all food before sale. Produce was to be transported in hermetically sealed trucks and could not be sold in open-air markets. Every dairy and every market was to have a “radiological lab.”

It was easy enough to write this order, but carrying it out was another matter. The quality of panic is palpable in the 1986 official correspondence. There were not enough people trained to measure radioactivity in food, nor enough dosimeters and labs to do the analysis. Dairies, food-processing plants, and town markets did not have clean rooms with warm, running water to fashion into labs.

Once they tested samples, Soviet citizens needed to know thresholds for “clean” and “dirty” food. (In this period, Soviet officials always wrote the word “clean” in quotation marks.) Permissible norms had long been established for meat, milk and wheat, but what, inspectors asked, about honey, eggs, rye, beets, potatoes, tea, herbs, black currants, gooseberries, raspberries, blue berries, and cranberries? The requests for measurements went on and on.

Each kind of food should have a particular permissible level. The same food, such as meat, had varying permissible norms depending on the part of the animal it came from. Animal flesh, for example, was less radioactive than organs and bone marrow. A farmer or sales clerk after April 1986 had to have the knowledge of a physicist to decipher long charts with average rates of radioactive decay for every type of food.

Once they sorted clean from dirty, Soviet officials were loath to toss out contaminated food, so they issued yet more orders about how to process radioactive provisions. Contaminated milk was to be dried and powdered. Irradiated sugar beets were to be turned into starch, dirty berries into preserves, contaminated vegetables into pâté, and radioactive meat to be scattered evenly among sausages (as long as none of those sausages reached Moscow, the orders stipulated). The processed food then was to be stored for months or years until the most pernicious isotopes had time to decay.

It was easy for things to get lost in all this new regulation. In some markets, radiologists released contaminated produce back to sellers to sell. In 1990, KGB officers unearthed four refrigerated train cars with 618 tons of radioactive meat that had been rolling around the southwest railroad for four years. No one wanted the hot meat or the contaminated train cars, just as no communities today want to host America’s homeless radioactive waste.

Officials in agro-industry sent out regulations for farmers. Collective farms were to be divided into “zones” depending on the level of contamination. Farm workers in the zone with more than two curies a square kilometer were to wear jump suits, respirators, hats and gloves. They had to shower after work, could not lie on the grass, eat outdoors, or ride in trucks with the windows down.

They could not burn branches and leaves, could not graze livestock in June and July, nor burn local wood or peat in wood stoves winter or summer. They could not use manure and ashes to fertilize their gardens. Farmers could not gather herbs, mushrooms and wild berries in the forests. Better not to even enter the forests, which were the most heavily contaminated. Farmers basically were ordered to treat their farms as if they were the premises of a nuclear power plant.

Modern disasters require a modern state to clean them up. The problem was that rural Ukraine, Russia, and Belarus, where the greatest volume of fallout from the burning reactor landed, were anything but modern. And in 1986, the state authorities came up short. Terribly short. While officials quietly tried to fix the innumerable, intractable problems, they issued soothing public statements and banned journalists from exploring the topic further.

But in 1989, a few journalists and doctors broke through the wall of censorship, and people started to learn just how contaminated their homes and gardens were. Local doctors, parents, and teachers had suspected as much. They did not feel well, and their children were pale, listless and frequently ill with chronic diseases of the digestive track and the respiratory and immune systems.

Medical investigators showed that villagers had been gradually absorbing radioactive isotopes from contaminated food, and were suffering from multiple disorders caused by long-term exposure to low doses of radiation. In the most contaminated areas, 80-90% of children had one or more chronic illness.

After the accident, rates of cancers, miscarriages, birth malformations and perinatal death rose markedly. Villagers sent petitions to the Ministry of Health, complaining that their milk and produce were contaminated. They gathered in town squares, and contacted journalists and officials. They generally demanded the state secure their safety from radioactive isotopes, which the state had issued into the atmosphere.

Soviet officials responded rapidly to these demands. They decreed again that the contaminated regions should get shipments of “clean” food. These orders, however, only raised yet more questions.

Before 1986, rural shops carried few food items. How could stores without refrigerators sell fresh milk and meat? How could Soviet suppliers with open trucks deliver produce without irradiating the food along the way? How could the pitted, unpaved country roads sustain the increased traffic? And where in the world would Soviet suppliers find the extra food stocks to feed four million people who had formerly fed themselves?

Officials wrote more directives, ordering the gasification of towns and villages so people would not burn contaminated wood. They ordered roads be asphalted so they did not churn up radioactive dust. They called for comprehensive school lunch and breakfast programs that required outfitting rural schools with modern kitchen facilities. Instead of playing in radioactive fields, lakes, and forests, children needed playgrounds, gyms and swimming pools. The nuclear accident basically mandated the full-scale modernization of the Soviet countryside.

Officials in Ukraine tried, made some progress, but as the costs of the disaster mounted, Soviet agencies were less and less able to service exposed people in contaminated regions. The supply of produce to stores dropped in the late eighties. The number of doctors willing to live in contaminated regions fell sharply. People exposed to Chernobyl fallout were left gradually to fend for themselves as the Soviet state and economy crumbled around them.

In short, the reality of dealing with the fallout from the Chernobyl disaster was kind of impossible.

Abandoned house in Pripyat, 2001 (left) and a rooftop view of the abandoned city of Pripyat, 2004, photo by author (right)

It might be tempting to view Chernobyl as merely a chapter from the history of the failed Soviet state and believe that today more developed countries would respond better and more comprehensively.

The experience, however, in Japan after the 2011 meltdown of three Fukushima reactors hardly inspires confidence. The Japanese government and Tepco, the corporation that owns the plant, failed to acknowledge the meltdown and release of radioactive isotopes for two full months after the tsunami. The denials delayed the evacuation of exposed residents.

State officials only minimally monitored food and soils, so citizens were forced to organize their own dosimetry. Meanwhile, the Japan government raised the annual radiation dose to 20 millisieverts, several times higher than the International Commission on Radiological Protection recommends.

Today, solid and liquid waste from the accident is piling up, awaiting a final nuclear storage site. Likewise in limbo, over 100,000 evacuees in temporary quarters are waiting to either return home or receive new ones. Already, researchers have recorded an alarming spike in thyroid cancer among exposed children. Research on the health of the ecology and marine life near Fukushima has been scarce, and funded by small, private foundations so that scientists today cannot provide basic answers about the accident's harm to either health or the environment.

In 1939, the physicist Neils Bohr famously observed that it would take “an entire country” to develop nuclear reactors for an atomic bomb. He could not have known at the time that it would prove beyond the means of entire countries to manage the remnants of the massive energy unleashed from the nuclei of atoms. 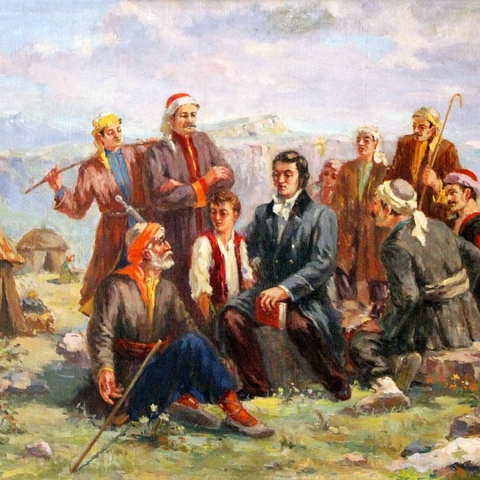 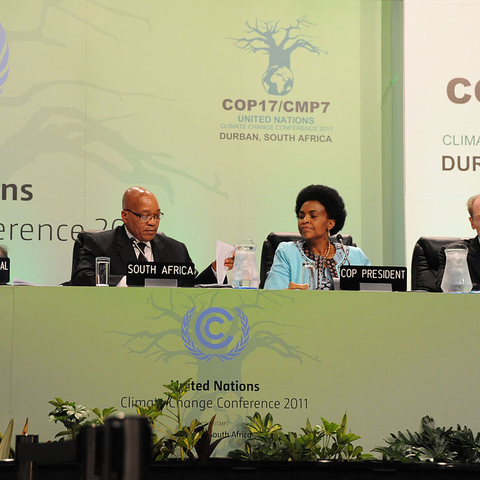 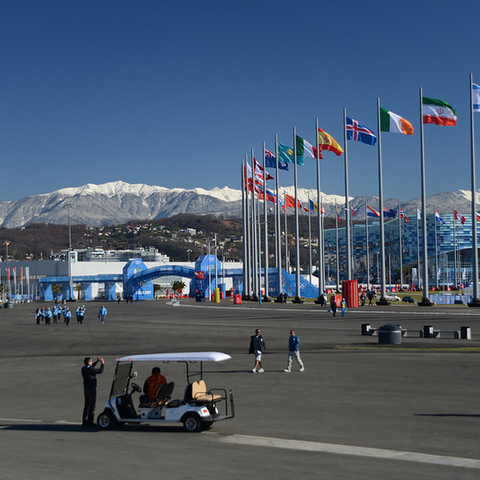 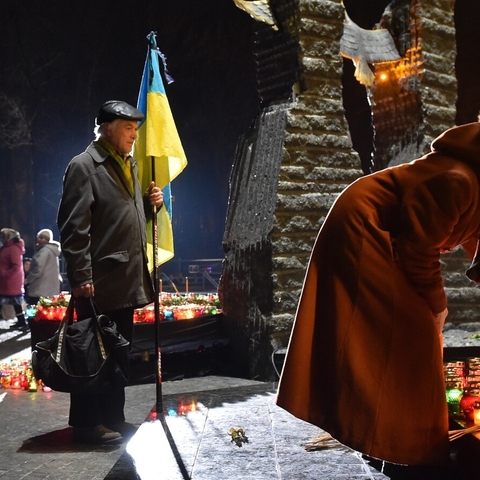