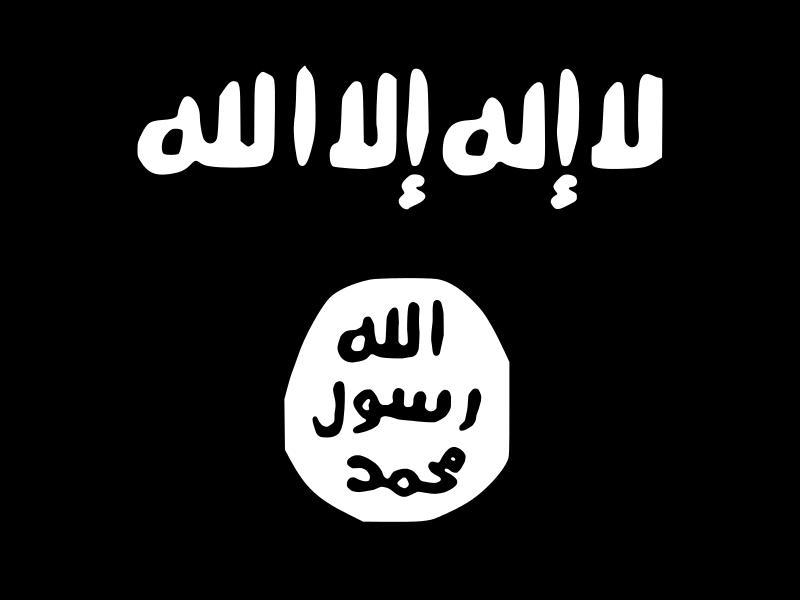 ISIS, or the Islamic State of Iraq and al-Sham, is a Sunni jihadist group based in northeastern Syria and northwestern Iraq. It is one of the rebel groups fighting to topple the Syrian regime of Bashar al-Assad. In 2014 ISIS expanded its goals by invading Iraq and seizing large portions of al-Anbar, Saladin, and Nineveh provinces in the northwestern portion of the country.

2. What are its origins? 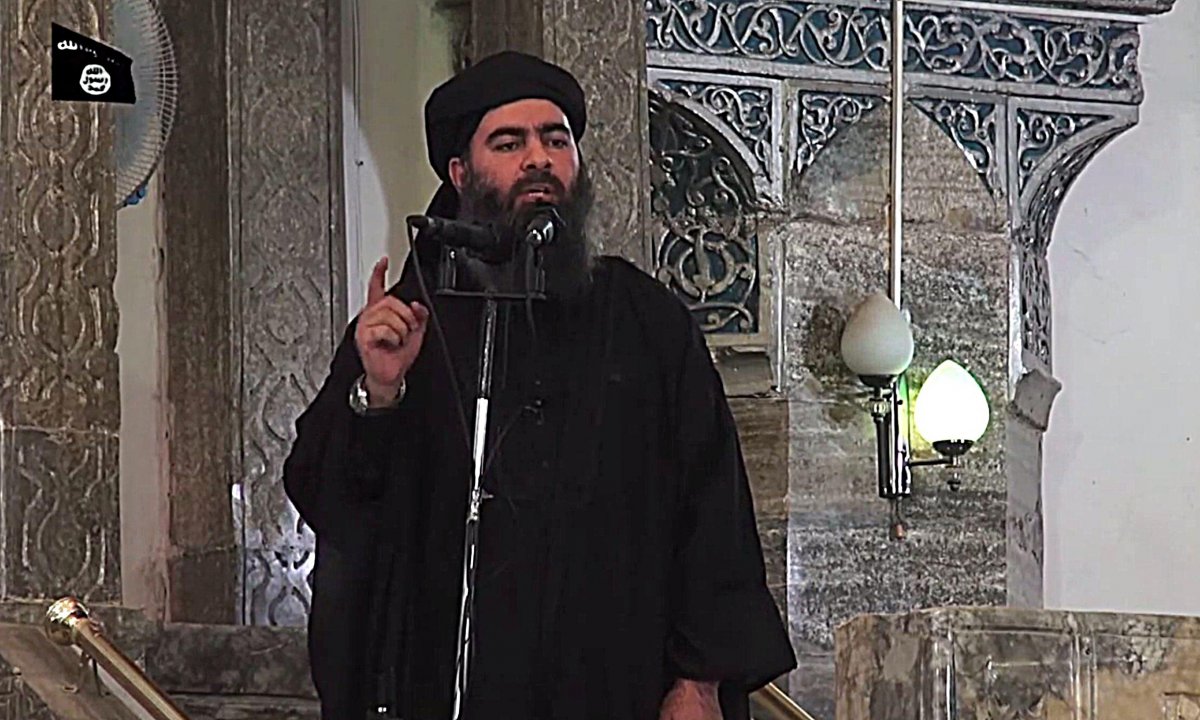 Abu Bakr al-Baghdadi known to his supporters as Amir al-Mu'minin, Caliph Ibrahim is emir, proclaimed as caliph, of ISIS

ISIS is the successor group to al-Qaeda in Iraq (AQI), a Sunni jihadist organization that fought as part of the Iraqi insurgency after the U.S. invasion of Iraq in 2003. The surge of U.S. forces to Iraq in 2007-2008 and the accompanying counterinsurgency strategy along with a Sunni tribal “Awakening” defeated and largely destroyed AQI, which retreated into Syria to regroup. The Syrian civil war that erupted in 2011 created ungoverned spaces that ISIS has used to regenerate its combat power with an infusion of new recruits, financing, and weapons. 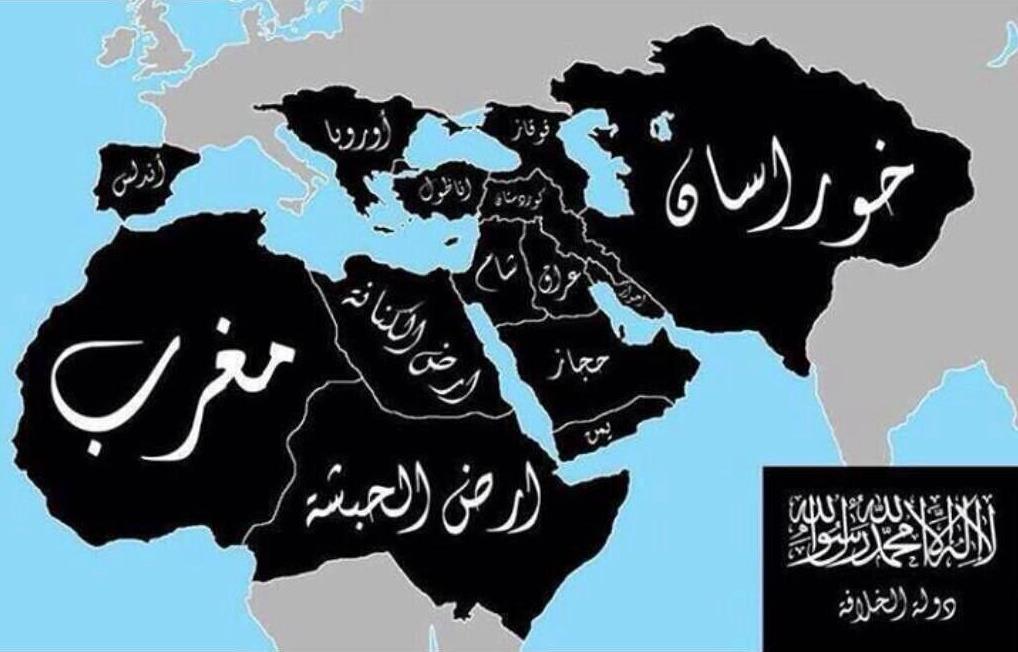 Map of the caliphate to which ISIS aspires

ISIS aims to establish an Islamic caliphate in the Levant, a region spanning Syria, Iraq, Lebanon, Jordan, Israel, and the Palestinian territories. Once this area is secured, ISIS aims to expand its control throughout the Islamic world and into territories once controlled by Islam (e.g., Spain). ISIS believes the consolidation of a caliphate in the Islamic world is a prelude for a global struggle to bring the entire world under Islamic rule. 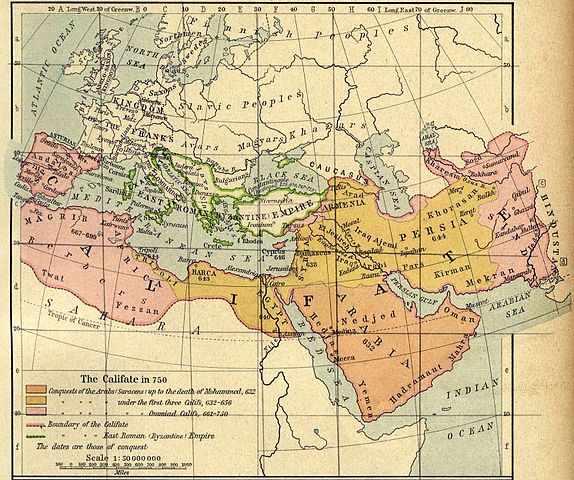 A caliphate is an Islamic form of government headed by a caliph (a successor to the prophet Muhammad) who possesses supreme political and religious power. Various caliphates dominated the Islamic empire for several hundred years following the death of the prophet Muhammad in 632 CE. From 1453 to 1924 the caliphate was formally claimed by the Turkish Ottoman sultans who controlled the Ottoman Empire. As part of his reforms secularizing Turkey following World War I, Mustafa Kemal Atatürk formally abolished the institution.

5. What is the attraction of ISIS to jihadi recruits from around the world? 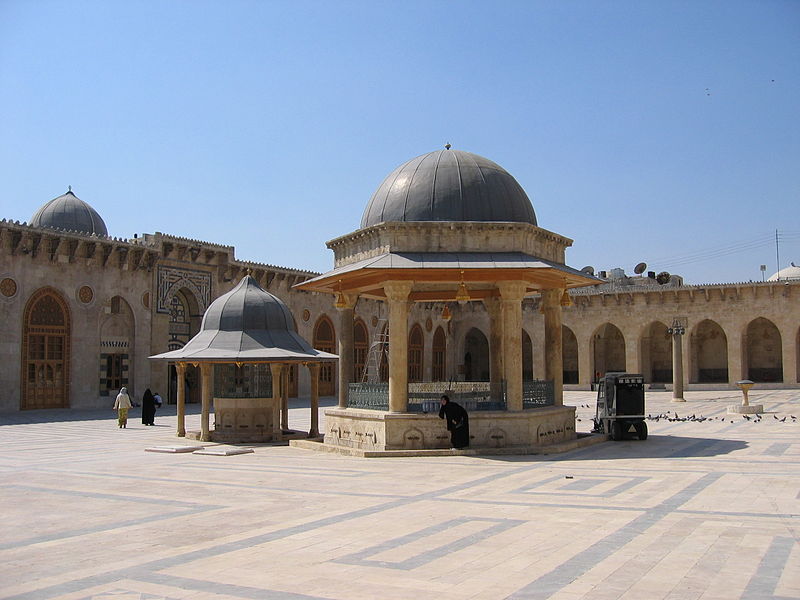 ISIS believes in a fundamentalist brand of Islam that emphasizes strict adherence to Shari’a law (an Islamic religious code) and jihad (holy war) against apostates and unbelievers. Globalization has left Muslims behind, so the thinking goes, because they have veered from the true path of Islam and failed to defend the faith. This thinking appeals to a small minority of Muslims around the world, some of whom have traveled to Syria to join ISIS.

6. Why does ISIS kill other Muslims as well as persecuting Christians and other minorities such as the Yezidis? 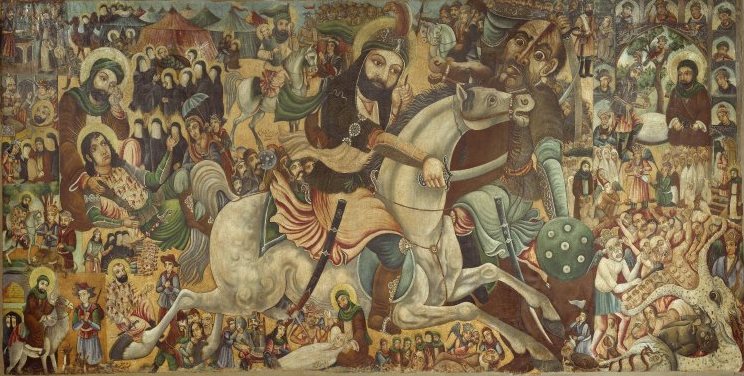 A Rendering of the Battle of Karbala

ISIS believes that Shi’a Muslims are apostates who have wavered from the true faith and therefore are deserving of death. This belief stems from a battle over succession to the mantle of leadership of the Islamic world in the 7th century CE. In short, Sunnis believe that the umma (the Islamic people) should be ruled by the most competent person, while the Shi’a believe that the ruler of Islam should be someone in the blood line of the Prophet. Ever since the Battle of Karbala (680 CE), when Islamic forces loyal to the Umayyad caliph Muawiyah annihilated a small group of supporters and relatives of Muhammad's grandson, Hussein ibn Ali, Sunni and Shi’a Muslims have differed (sometimes violently) on who should rule the faithful. 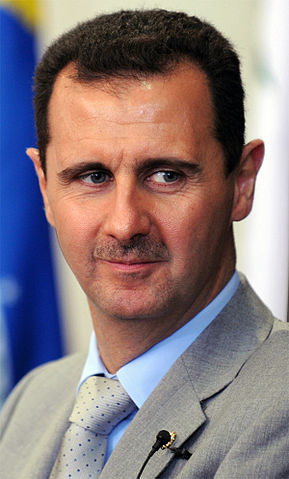 7. Why does ISIS oppose the Syrian regime of Bashar al-Assad?

Bashar al-Assad (right) is an Alawite and therefore in the eyes of ISIS an apostate. Alawites make up a minority of the Syrian people, but they have control over the organs of the state and its armed forces. Assad and his late father, Hafez al-Assad, have ruled Syria as a dictatorship since 1971. Sunni Arabs are fighting Assad and his supporters to gain a greater share of the power and resources of the state. ISIS and other jihadist groups add a religious dimension to this struggle.

8. What makes ISIS so dangerous? 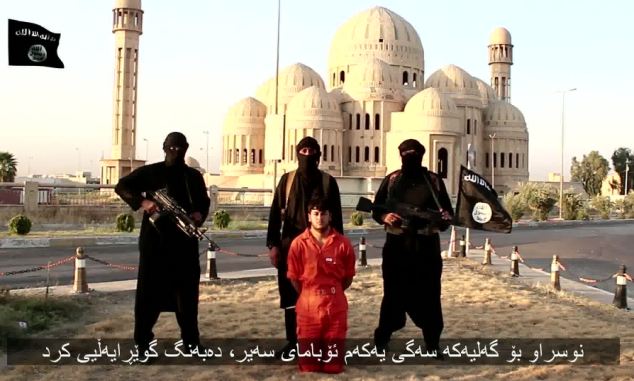 ISIS is the best equipped, most lavishly financed, and most heavily armed terrorist group in the world today. It is a hybrid force, with the trappings of a conventional army (such as artillery and armored combat vehicles) to complement its experienced fighters and jihadists willing to kill themselves in suicide attacks. This combination of conventional and irregular fighting capabilities has historically been a potent combination on the battlefield.

9. Why was ISIS able to seize so easily much of northwestern Iraq this year? 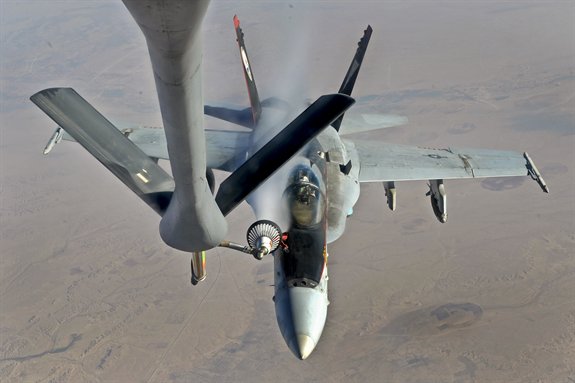 A U.S. Navy F-18E Super Hornet receives fuel from a KC-135 Stratotanker over Iraq before conducting an airstrike, Oct. 4, 2014. The aircraft are supporting operations against ISIS (sometimes also called in English the Islamic State of Iraq and the Levant, or ISIL). U.S. Air Force photo by Staff Sgt. Shawn Nickel

After former Iraqi Prime Minister Nouri al-Maliki was reelected in 2010, he embraced sectarianism in his dealings with the minority Sunni Arabs. Many Sunni Iraqis had sided with U.S. forces in their battle against al-Qaeda in Iraq, but after U.S. forces departed Iraq at the end of 2011 they were left to the mercies of the government in Baghdad. By severely mistreating the Sunni minority, Maliki reignited the civil war that had been all but extinguished after the success of the surge in 2007-2008. Many Sunnis have sided with ISIS as the lesser of two evils, paving the way to ISIS victories in Sunni regions of Iraq. 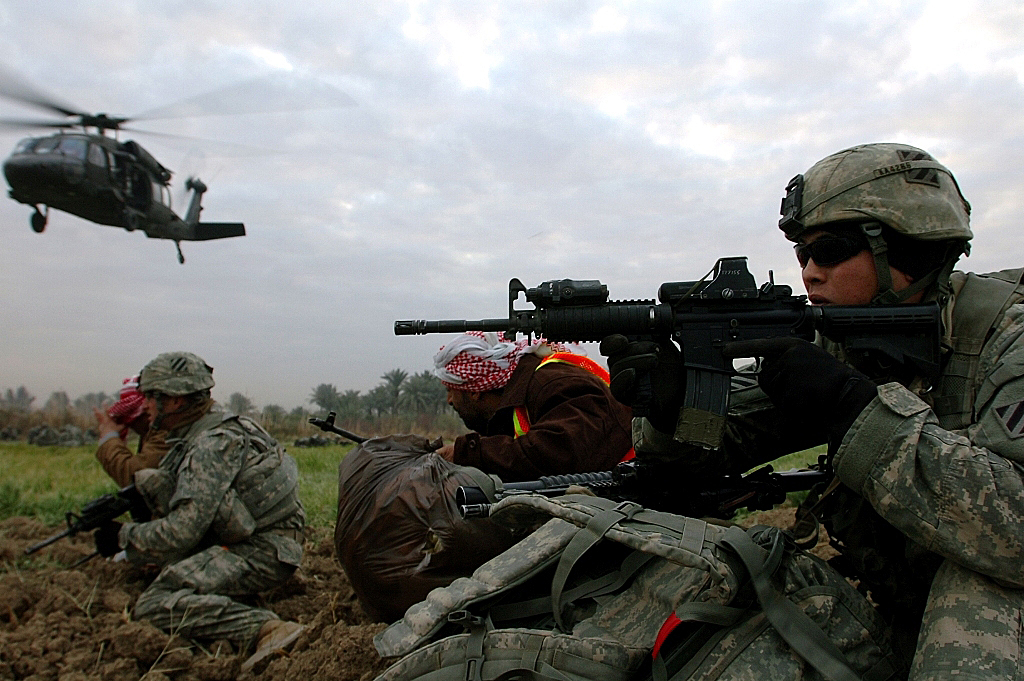 The key to defeating ISIS in Iraq rests in a new political accommodation between the Iraqi government and the Iraqi Sunni Arab minority. If the tribes once again turn against the jihadists (as they did during the surge of 2007-2008), then ISIS’s days will be numbered. Such an accommodation will be difficult to achieve, however, as many Iraqi Shi’a favor retributive justice rather than accommodation with the Iraqi Sunni minority that ruled over the state for more than eighty years. The role of neighboring Iran, which has deep ties with the Iraqi government and control over various Iraqi Shi’a militias, also makes such an outreach difficult at best. Destruction of ISIS in Syria will require resolution of the Syrian civil war, an unlikely prospect for many years to come. 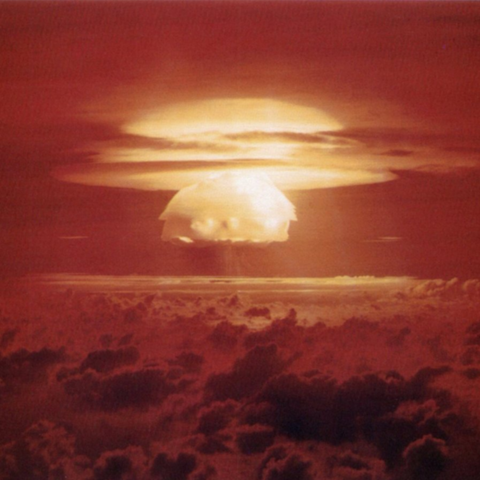 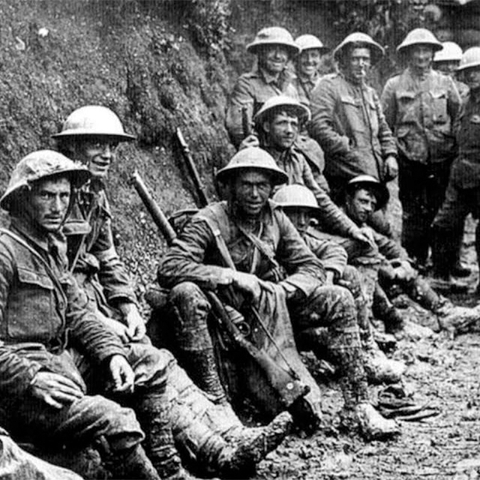 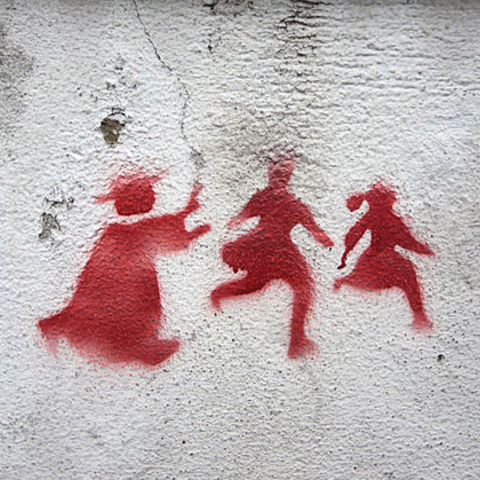 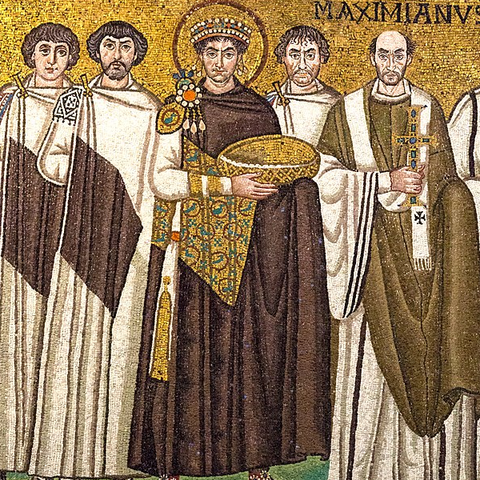