On August 19, 14 AD, the most influential man in Roman history died. Augustus began his career by fomenting a civil war, forming a military junta, then violently eliminating any competition before fighting the other members of the junta. His triumph in this power struggle ended the competitive politics of Republican Rome and ushered in the Roman Empire.

But for all this violence and intrigue, we recall Augustus fondly for reigning over some of the most famous writers in history, a wealthy and expanding empire, and a time of peace for the people within it. And, of course, we remember him each year as we take our vacations in the month named after him (only he and Julius Caesar share that honor).

Augustus had an almost unmatched impact on Roman politics, culture, and society and—through the widespread influence of Rome—on the way modern countries structure and imagine themselves. 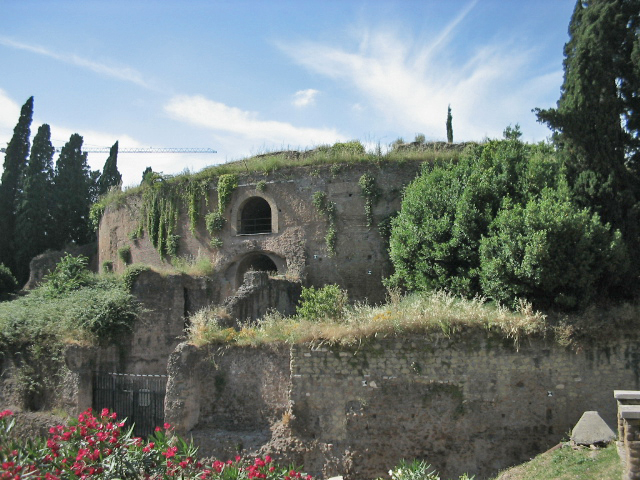 The Mausoleum of Augustus, once a gleaming marble hillock crowned with Cyprus trees, its brickwork is now exposed and overgrown.

However, Augustus is a figure so large and yet so distant from our own time that it is often hard for us today to understand him or to imagine what it meant to live in his time. Instead, we tend to view him (and so many people of ancient history) as we do characters from epic tales or plays, like Shakespeare’s Hamlet.

But, the memories we have of Augustus and the stories we tell about him remain an important part of his enduring legacy.

The popular story about Augustus begins with the death of Julius Caesar in 44 BCE. Caesar’s will designated his grand-nephew (then named Octavian) as his heir, and Julius’s assassination gave the young man an instant spot in the center of Roman politics. He immediately used his status to gather followers from Caesar’s supporters and veterans.

For eleven years Octavian shared rule over the empire with Marcus Aemilius Lepidus (whom he sent into exile in 36 BCE) and Mark Antony (whom he defeated in 32 BCE).

After Octavian dealt with the effects of this last civil war, he was a shrewd enough politician not to claim a monarchic title (even though he had become the sole Roman ruler). Instead he made a show of officially giving all of his powers back to the people of Rome and merely offering his services to the state should they need it.

In his self-proclaimed generosity, he handled the defense of the frontier, the grain supply, and the maintenance of public works, thus taking on the biggest responsibilities of any government.

As thanks, the Senate gave him a new name: Augustus. And he continued to expand the Roman Empire, reform the administration to lighten the tax burden, and increase the quality of living throughout the Mediterranean. 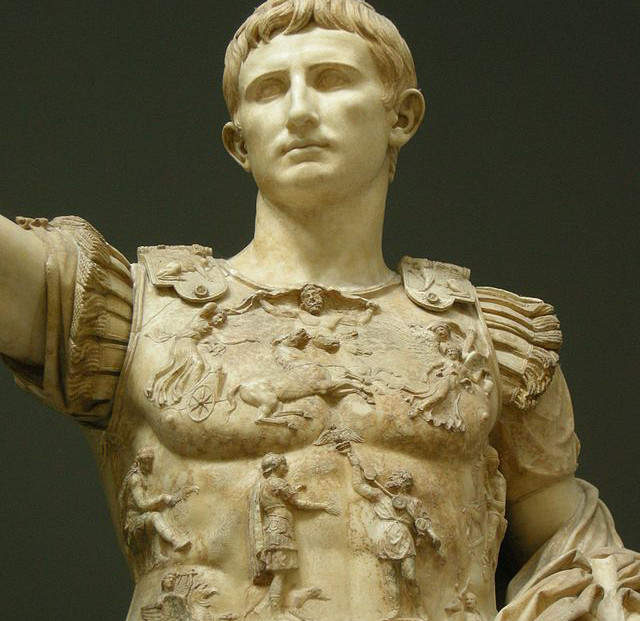 The Prima Porta Statue shows a powerful and youthful Augustus making an address.

This story is usually told and appreciated like a power fantasy. Augustus went from a person of little significance to the most powerful man in the world by his cunning, as if he became a monarch with hardly anyone noticing.

But, while we have little record of what common Romans might have thought, surely, the soldiers who died with gashes in their thighs or fractured skulls or drowned chained to the oars of warships would have noticed his meteoric rise to power. So too would the men who were killed for supporting the wrong party or the people who had their land taken from them to placate the soldiers who survived. The women who lost their husbands, sons, and friends and who faced serious disadvantages if they did not help restore the population of Italy would also have noticed the effects of this rising, expansive leader. They noticed, but there was nothing to be done, or perhaps they were too sick of fighting that they would take a megalomaniac in return for peace. 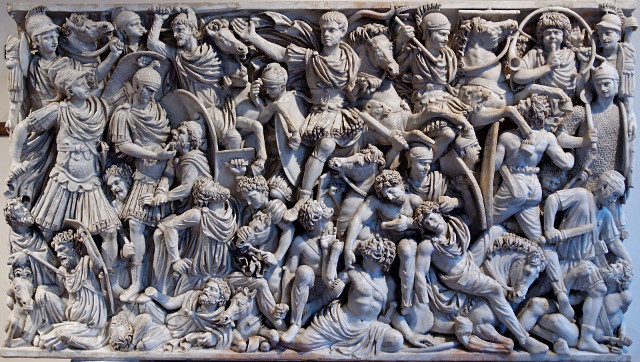 The Ludovisi Battle Sarcophagus. This relief was made in 251 AD, long after Augustus died, but shows the messy side of Roman battles.

Today, we often conceive of Augustus as a character like Walter White, the protagonist of the television show “Breaking Bad.” We vicariously enjoy watching him gain and use his power without really questioning if or why we actually like the man. Then we focus on how much good his power is doing—how grand the public works, how incredible the entertainments, how wealthy the city—that we overlook all the unsavory things he did to get that power.

We ingest the story uncritically and appreciate the entertainment it gives. We dwell not on the consequences of his actions because after two thousand years, the history seems so distant and disconnected from us that we see the people living then less like ourselves and more like imagined characters.

Augustus lives on as a symbol of power, and the way we tell his story shows how we conceive and value power.

Much like Augustus covered the ugly brick of Rome in marble, we disguise the horror of Augustus’s rise to primacy by hiding it behind the art, peace, and power that his success brought to Rome. The same process is used on Gilded Age capitalists and European imperialists. The same process ignores the dead and destitute and makes power look good.

It is time to scrutinize the Augustan legacy. 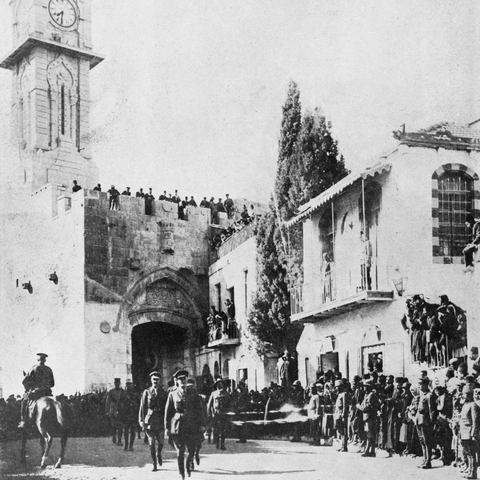 A Postcard from Livingstonia, Malawi 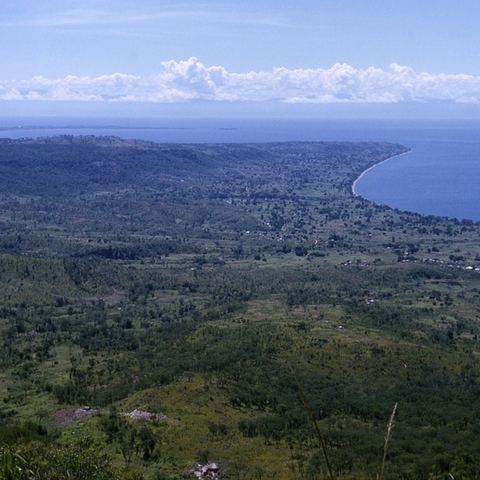 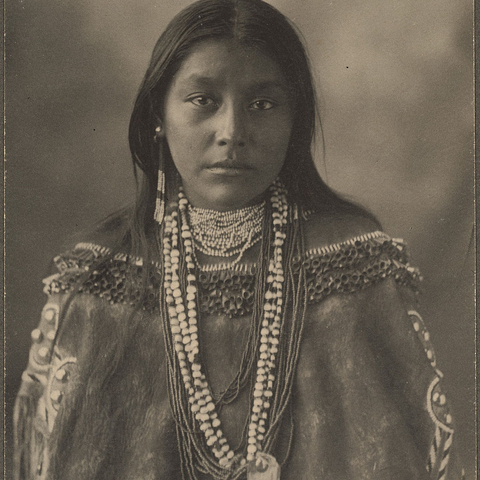 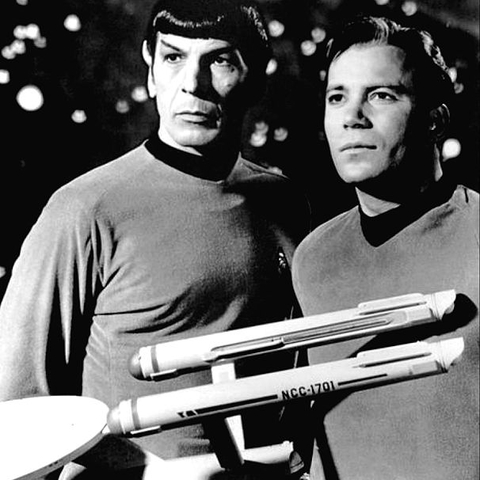 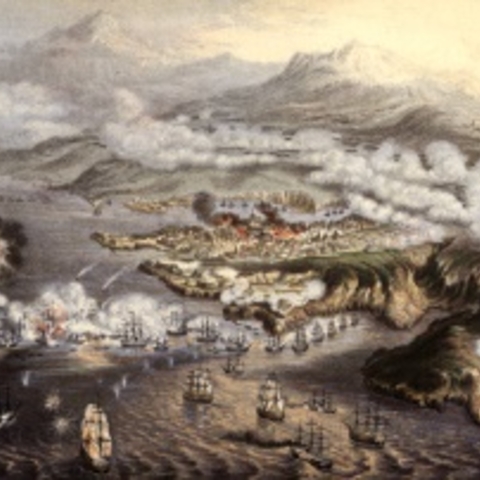