Review of A History of Iran: Empire of the Mind, by Michael Axworthy (New York. Basic Books. 2008)
By

For several years, Iran has been at the center of international attention because of its suppression of individual rights, strict censorship policies, continuous attempts to enrich uranium, and 2009 elections resulting in mass protests, arrests, and even the murder of several protesters. This current Iranian reality, however, overshadows the glorious Iranian civilization whose origins date back almost three millennia.

A History of Iran, one of several recent books that aim to draw back the gloomy curtain of recent events, aims to increase the general reader's awareness of the richness and uniqueness of the Iranian heritage. Michael Axworthy, a former British Foreign Service officer and a lecturer in Arabic and Islamic Studies at the University of Exeter, covers an enormous span of time, from the earliest times up to the present day, in a clear, easy-to-read, and detailed but not cluttered narrative. In doing so, he also emphasizes the role of Iran as a source of influence in the Middle East, Asia, and even Europe. The book's subtitle, Empire of the Mind, refers to the fact that even though Iran has endured multiple invasions by either men or ideas, and was thus never a tightly unified or a culturally or religiously homogeneous society, these invaders have somehow been assimilated without destroying Iran's cultural and political continuity.

Axworthy begins his book with general information, including Iran's geographical position, its demographic structure, its weather, and the origin of the word "Persian," which comes from Fars province in southwestern Iran, home to Iran's most ancient archaeological sites, Persepolis and Pasargadae. (He also mentions that the word "Iran" or "Iranian" derives from the word "Aryan," Sanskrit for "noble").

After this section, Axworthy discusses the first Persian Empire, the Achaemenids (550BC-330BC), founded by Cyrus, extended by his conquering descendants, and brought to an end by Alexander the Great. The author, at this point, argues that Alexander's conquest of the Persian Empire did not result in the empire's "hellenization;" on the contrary, Persian culture and traditions, including religion, profoundly shaped Rome's and later Byzantium's imperial conduct. In the following chapters, Axworthy discusses the succeeding Persian dynasties, the Parthians (247BC-224AD) and the Sassanids (224AD-651AD). Pre-Islamic empires, however, take up only one-fifth of the book; Axworthy's coverage of them feels like a rapid run-through. Instead of discussing what made these empires powerful or weak, Axworthy prefers to mention little more than names and dates.

The bulk of the book deals with the Islamic era in Iran. The Islamization of Persia, the Arab, Turkmen, and Mongol invasions, and the consequences of all of these are the main topics of the following two chapters. Here, even though author traces the stories of the various rulers of Iran down the centuries, he also pays close attention to other aspects of Iranian society, focusing especially on poetry as a defining trait. A relatively long chapter on Persian poetry gives insights into Iranian attitudes and spiritual leanings.  Axworthy meticulously describes the stories behind selected Iranian poems and the symbolic use of words.

Succeeding chapters swiftly summarize the Safavid Empire (1501-1722) and its fall at the hands of Afghan invaders, the chaotic years between 1720 and 1794, and the Qajar dynasty (1794-1925). Axworthy devotes attention to the wealth, productivity, and commercial potential of Iran, which enabled great rulers such as the Safavid shah Abbas I (1588 -1629) to develop and rule a culturally and materially rich empire. He also underlines the fact that Persia's wealth attracted Ottoman, Afghan, British, and Russian attacks throughout these decades. Axworthy offers an evenhanded discussion of the British and Russian competition for geopolitical influence in Iran, beginning in the late 18th century.

Axworthy's final chapters cover the 1906 constitutional revolution, attempts to create a constitutional monarchy, the beginning of the Pahlavi dynasty in 1925, the influence of oil in Iran's foreign and domestic policies, British and Russian interests in the country, invasions of Persian territory during World War II, and the United States' growing role after World War II.

The Islamic revolution of 1979 looms large in this discussion. Axworthy's coverage of Iran just before the revolution is fair but pointed; he emphasizes the last shah's undemocratic policies, SAVAK's (National Intelligence and Security Organization) routine use of torture, and an opposition movement against the regime that included different groups such as liberals, socialists, students, and religious scholars.

Axworthy also stresses religious exceptionalism and continuity in Iran over the centuries. Between Zoroastrianism, one of the earliest forms of monotheism accepted by the Iranians as a state religion, and Islam, he finds several parallels, such as the concepts of hell and heaven and the belief in the human being's ability to choose between good and evil. After Zorastrianism, the author discusses Shia Islam as another sign of Iran's religious exceptionalism. For the reader who is not familiar with the division between Sunni and Shia Islam, Axworthy points out similarities between Islamic and Christian sectarian divisions, such as the resemblances between the Ashura commemorations in Iran and traditional Good Friday processions in many Catholic countries.

The position of women is another issue that Axworthy explores in his book. He highlights the fact that in classical Persian culture, women were well-respected and had the same rights as men, such as owning property, operating businesses, and choosing spouses. He convincingly argues that women's position in modern Iran is "more egalitarian or less suppressed" than in many other Islamic countries. He cites the attention-grabbing statistic that sixty-six percent of university students in Iran today are female.

In his last chapter, Axworthy casts off the mantle of the historian and writes like a political columnist, touching upon recent social and political issues concerning Iran and underlining the possibility of a rapprochement between the West and Iran. He stresses the wrong-headedness of using military force to solve the Iranian "problem." He notes the negative and positive aspects of Iranian and Western policies and lectures the American and Israeli governments on the importance of understanding Iran and having good relationships with it. He thinks that the West (mainly the United States) has been unfair towards Iran over the last several decades: "The present government of Iran is far from perfect, but there are other governments in the Middle East that are as bad or worse -on democracy or human rights- whom we have few scruples about describing as close allies" (289).

Axworthy also conveys some of the underappreciated or misunderstood aspects of Iranian society that have contributed to Westerners' negative opinion of Iran. For instance, Iran expressed its sorrow after the September 11 attacks, and many Iranians sympathized with America. Axworthy also mentions that the Iranian government supported the military operations against the Taliban in Afghanistan led by the United States. In this context, the author openly criticizes the Bush administration for neglecting these facts.

Even though Axworthy's book offers a compelling overview of Iranian history, it does not go into much depth. This is understandable considering the lengthy period that the author covers in only 300 pages. For instance, the U.S. hostage crisis of 1979-80, the Iran-Contra Affair during Ronald Reagan's presidency, and the roles of the Council of Experts and Council of Guardians are either not mentioned or glossed over. In his comprehensive book, Axworthy uses simple, personalized language, rather than a scholarly tone, to deal with a three thousand-year-old, very complex civilization. This feature will make his survey accessible to a general audience with little or no prior knowledge of Iran. 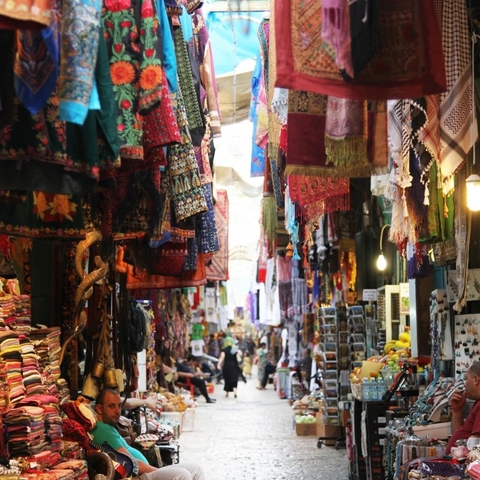 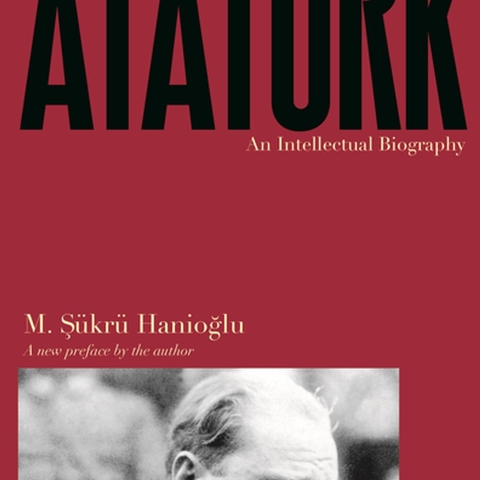 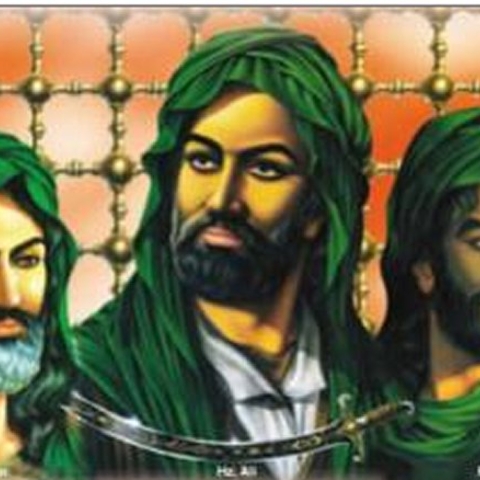 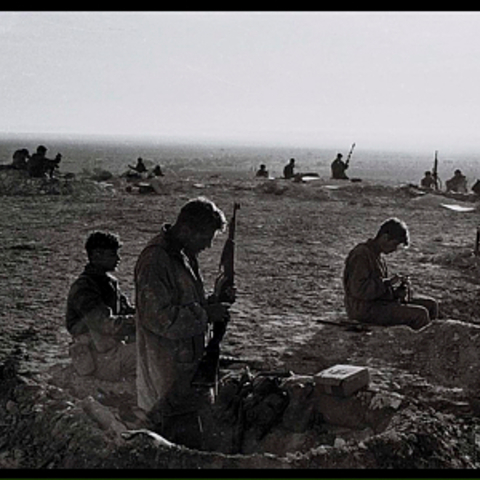 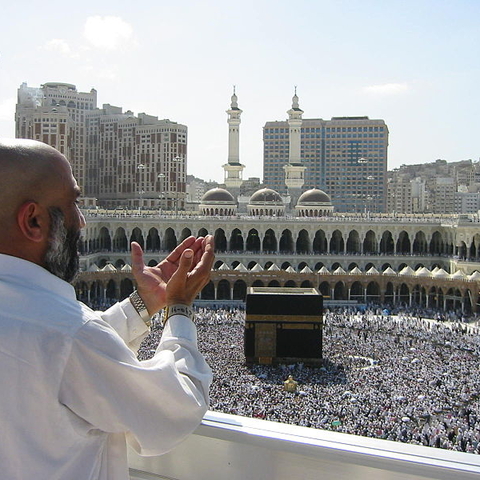