Zombies are everywhere these days—in movies and books; on stage and television. They lurk in the shadows waiting patiently to pounce and feed on brains. Undead and not quite living, where do zombies come from and why are they here? The story of our contemporary fascination with zombies begins in Africa and continues through Haiti and Hollywood. Here are ten things to know about their history, their causes, and their role in contemporary culture. 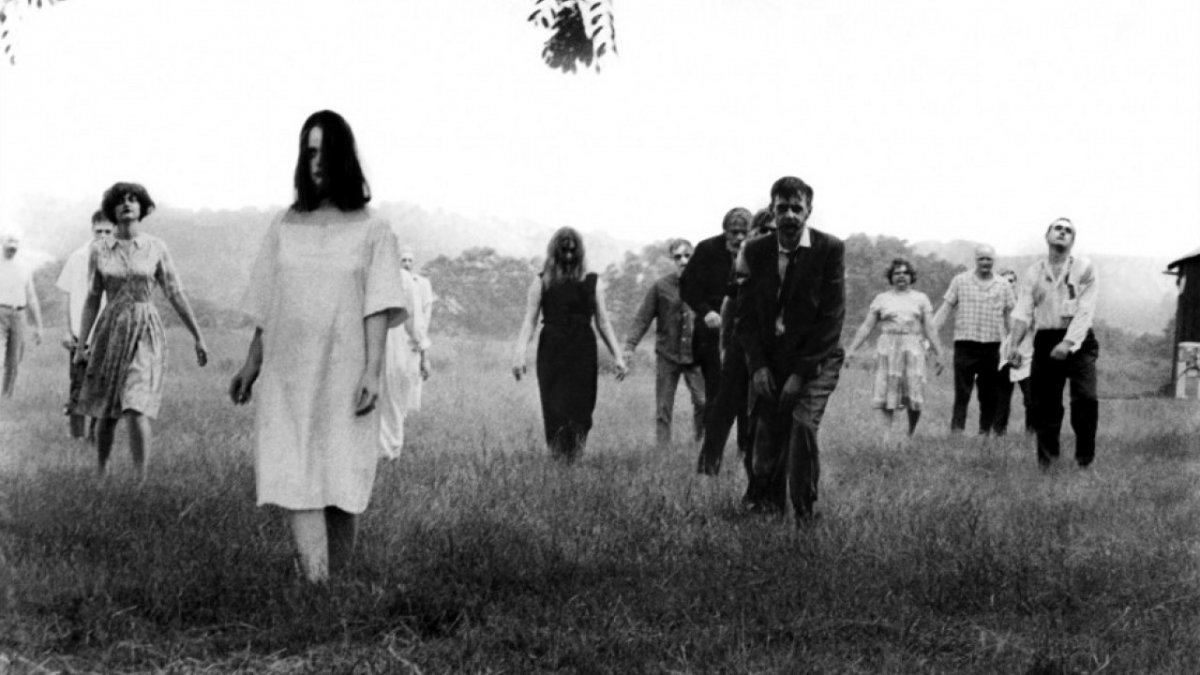 Zombie scene from the 1968 film, Night of the Living Dead.

Humans tends to organize their world into two important categories: the living (or animate) and the dead (the inanimate). Zombies straddle these categories. Described as the living dead—not fully a part of our animate world and not completely divorced from it; zombies exist on the line that divides what is normal and expected and what is not. Zombies help us to think about and confront death. Our triumph over zombies becomes a triumph over death. Through their destruction, death is vanquished.

2. Haiti and the Code Noir 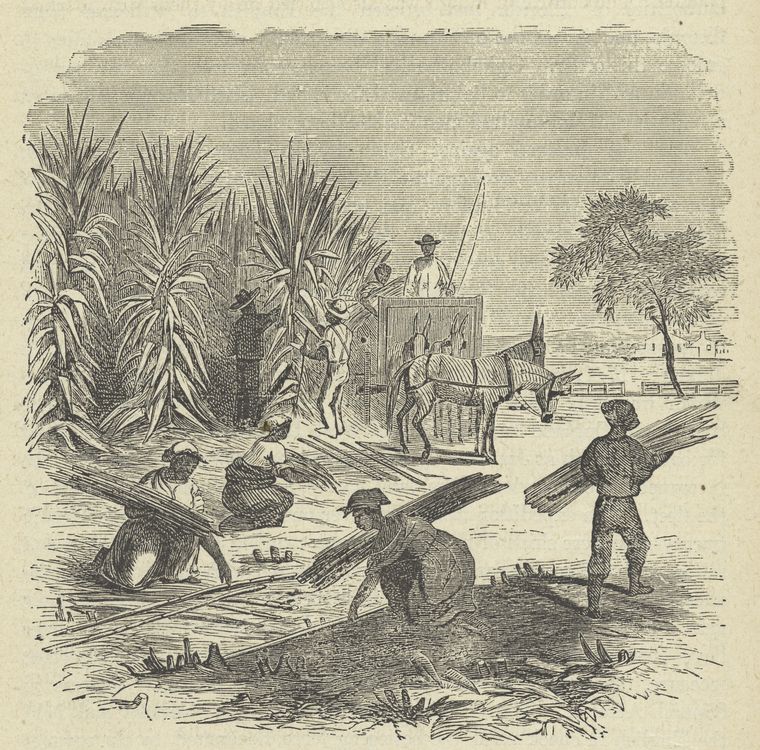 Though the zombie in North America is largely seen as a dangerous, deadly monster, its origins in Haiti were rooted in the slave trade and the harsh, physical and mental abuse that plantation owners and colonialists meted out on their slaves. The violence that defined Haiti was codified under the Code Noir (Black Code, 1724), which asserted colonial French rule in Haiti. Shaped by the edicts of King Louis XIV of France in 1685 that limited religious freedoms and restricted freed African slaves, the Code Noir grew to include 60 articles that defined the rules governing Haitian plantation and slave life. The code itself was poorly enforced and there were few limits placed on corporal punishment. The zombie developed as one way to represent the anxieties and fears of Haitians surrounding slavery and colonial rule. Zombies and zombification captured the fear surrounding sorcery, necromancy, and personal violence that defined colonial rule and the challenges facing the island’s population.

3. African Legends of the Undead 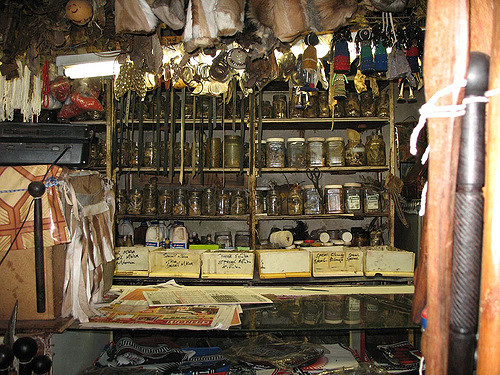 Inside the store of a traditional healer. Healers were believed to be able to break spirit possession.

Zombies are part of Haitian history and develop from beliefs that surround death and sorcery. Researchers looking for the origins of zombies outside of Haiti argue it is rooted in the otherworldly creator deity Nzambi a Mpungu of the Loango, a Kikongo group living in central Africa. There is also a strong connection to West and South African cultural traditions that included zombie-like creatures such as the xidachane (Sotho/Tsonga) and maduxwane (Venda). The dead and sometimes the living were thought to be a risk of zombification and enslavement through the actions of a powerful sorcerer, witch or even a child. The resulting possession could be broken by a sagoma (shaman) whose healing powers drew from their ability to manipulate the spirit world and heal the afflicted. 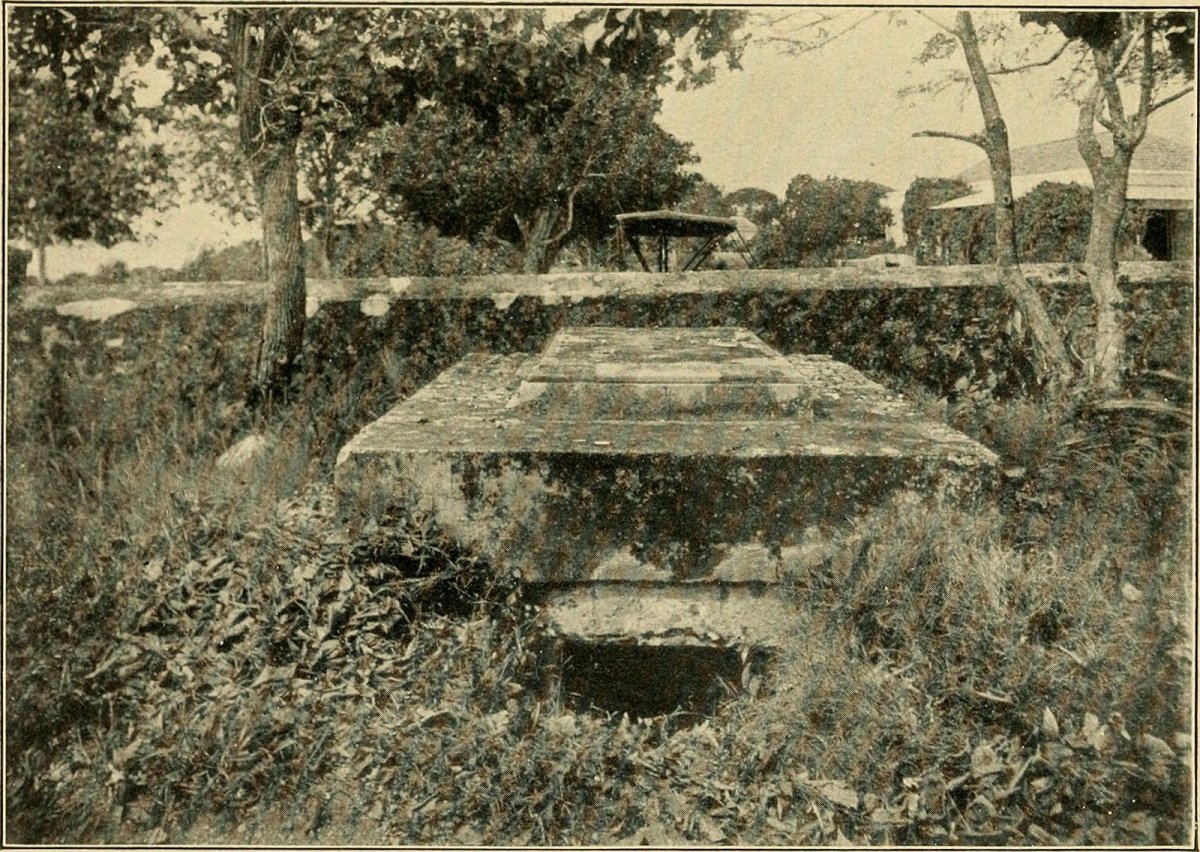 The 1915 book, West Indian tales of old, refers to the Chase Vault in stories of "Jumbees" in Barbados.

The fear of cursed possession and of the undead arrived in the Caribbean with enslaved Africans and took many forms including that of the jumbi, a malevolent ghost or spirit of the dead that brought together African, Amerindian, Dutch, and English mythologies. Once in Haiti, the jumbi and its association with death, possession, and slavery transformed to become the zombie. Zombification was always a threat—and the fear of zombification was one route through which colonial rulers controlled African slaves. 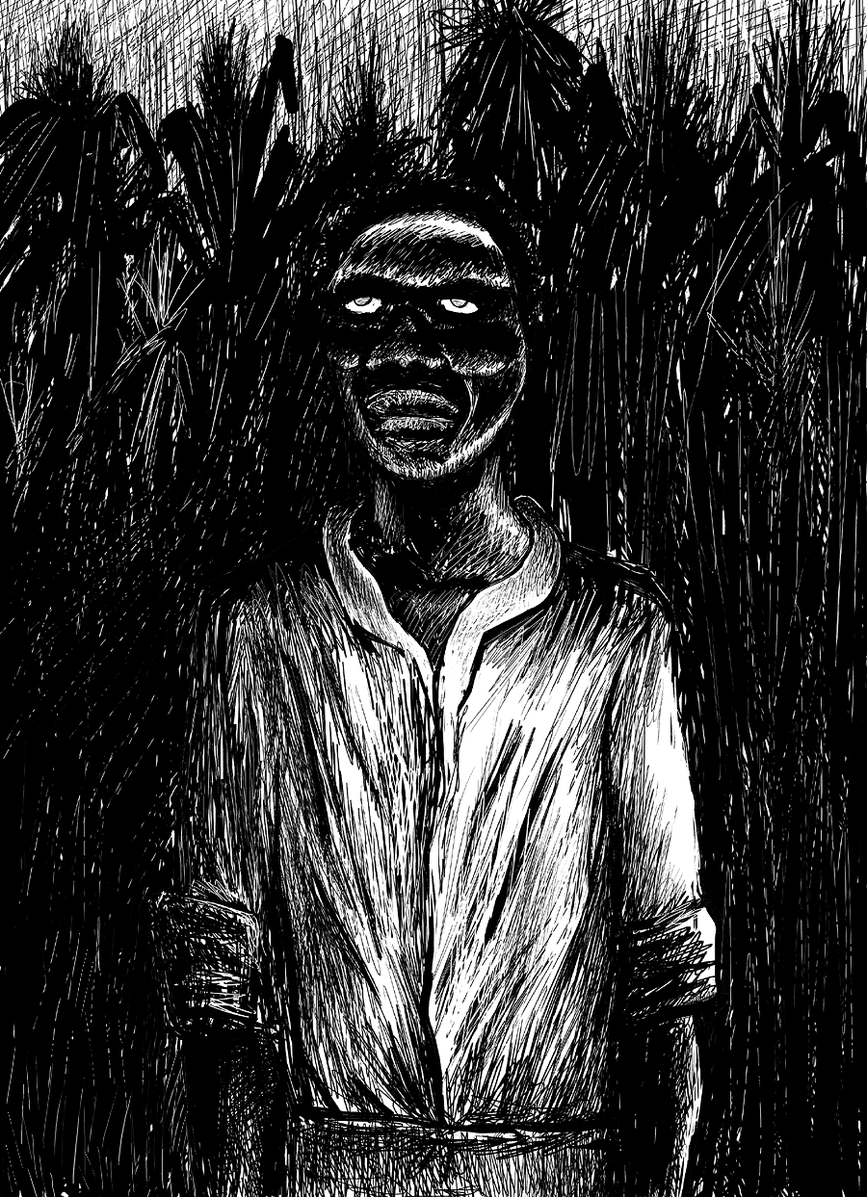 "Zombie": an artistic rendering of a zombie in a field of cane sugar in Haiti.

Whether individuals who were spiritually possessed or cursed corpses raised from the dead through magic, witchcraft and sorcery, the fear of zombification was real for many Haitians even after the country’s independence in 1803 and the end of slavery. While Haitians feared zombification, the Bokor, or zombie master was the focus for most concern. The man who could magically conjure the zombie and possess an innocent victim to take the place of slaves on Haitian sugar plantations held dangerous power over the newly independent nation. The fear of the zombification and the unchallenged power of the Bokor haunts Haitians to the present day.

6. Haitian Zombies in the 20th century 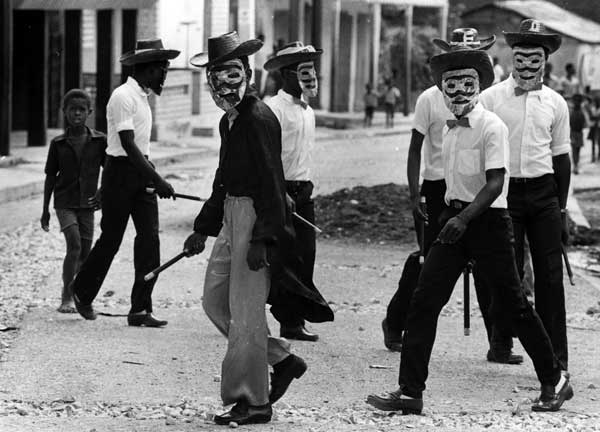 A creature to be pitied, the zombie continues to haunt contemporary Haiti and Haitians. In her 1938 ethnography Tell My Horse, Zora Neale Hurston argues that zombies served as a symbol of loss and dispossession for both rich and poor. For the wealthy of Haiti, zombification represented a life gone wrong. To be zombified was to become a victim of lost identify. And once an individual became a zombie there were few ways in which they might be reunited with family.

Just as terrifying, the poor also feared zombification and the stories of politicians, who used the threat of zombification as a way to intimidate voters, limit protest and maintain control. The National Guard ran the country through violence and terror through much of the 20th century, including the rule of Dr. François “Papa Doc” Duvalier who was named President for life in 1964. The New York Times noted that his feared secret police, the tonton macoutes “behaved with the complete immorality and obedience of the undead, and were sometimes assumed to be zombies under the dictator’s control.” 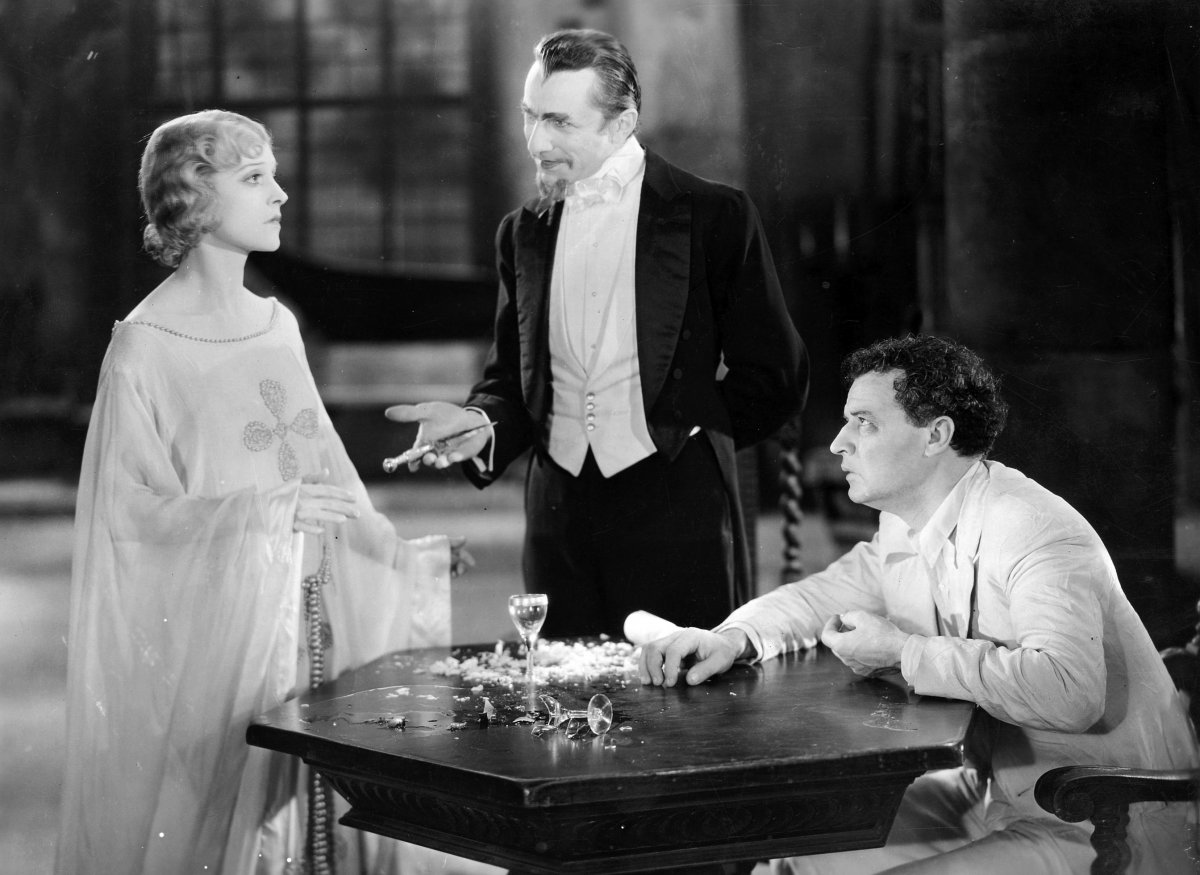 A scene from the film White Zombie (1932) with the characters Madeleine (left) as a zombie, Murder Legendre (center), and Charles (right).

Zombies arrived in North America as U.S. soldiers returned from the military’s occupation of Haiti that began in 1915. The movie White Zombies was the first to introduce the zombie to American audiences. The story follows Neil and Madeline, lovers set to wed in Haiti. As fate would have it their host, Charles, falls for Madeline. With the assistance of the voodoo master Murder Legendre (played by Bela Lugosi), Charles poisons Madeleine and renders her a zombie who lacks freewill and is devoid of personality. Regretting his decision, Charles pushes Murder to his death and releases Madeleine before falling to his death as well. Having regained her personality, she reunites with Neil. The film received mixed reviews, and was not popular. Nevertheless, the combination of Haitian zombies, tragic love, and gothic motifs remain embedded in our ideas of the zombie to the present.

8. From White Zombies to Night of the Living Dead 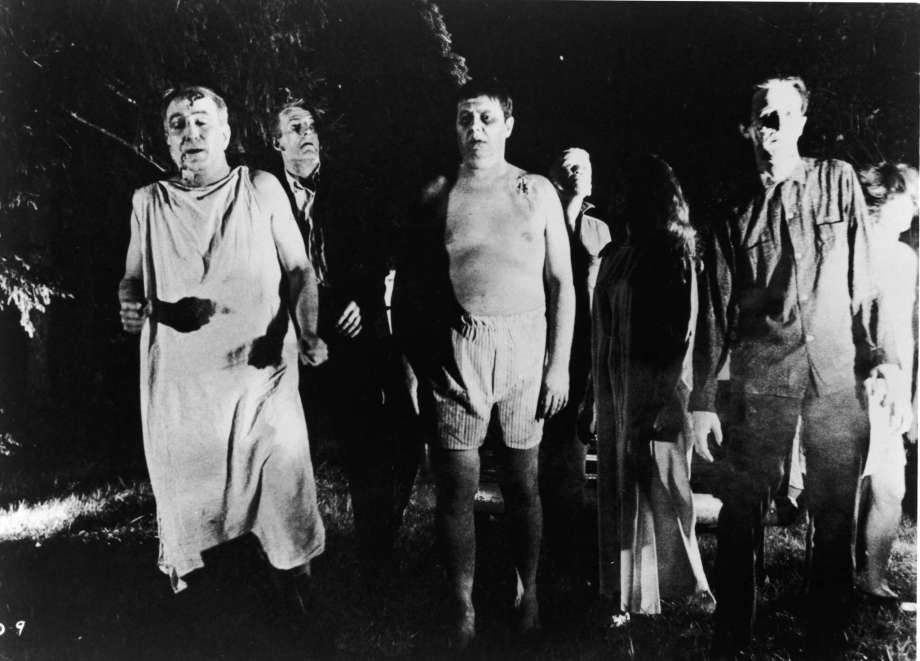 Zombies as portrayed in the film Night of the Living Dead (1968).

White Zombies sought to capture the fear of zombification and shares more with Haitian legends than most contemporary films. Zombies who were enslaved and possessed to do the biddings of plantation owners did not resonate with American audiences, who were hungry for horror and even a little gore. By the 1960s, the American zombie had been transformed to better reflect demand. Perhaps the most famous and well known of all representations of zombies came in 1968 with George Romero’s film, Night of the Living Dead. Romero opted to call his revenants “ghouls” rather than zombies and really didn’t know what the term meant. And while the film was poorly reviewed its cult like success and subsequent films fostered the growth of the genre that we know in the present.

9. Rethinking Zombies, from Ghouls to Monsters 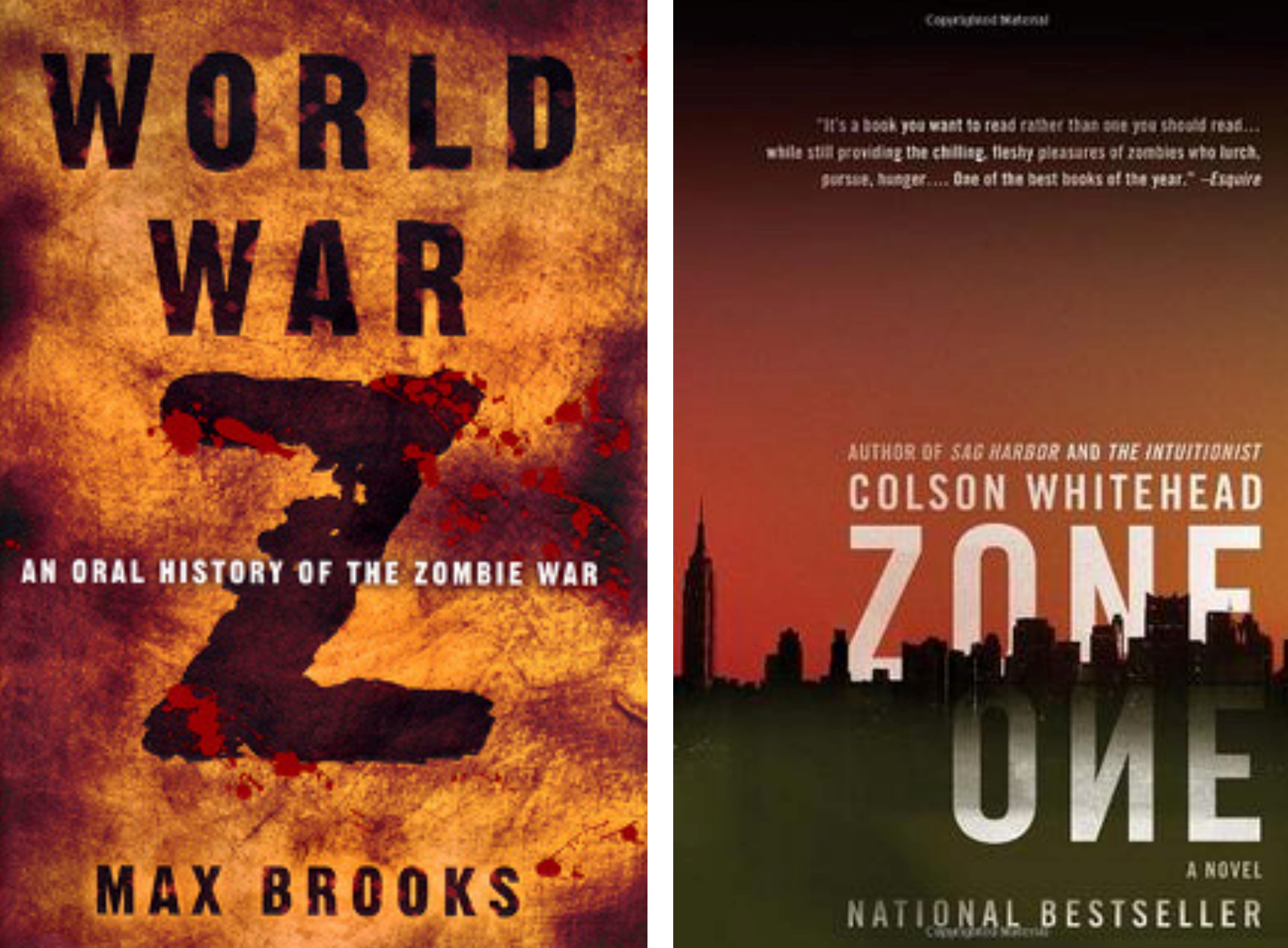 Haitians pity zombies and fear the zombie master. With Night of the Living Dead, the zombie was reintroduced as a monster and came to represent many of the fears, anxieties, and apprehensions that North Americans held in the late 1960s as the Cold War raged. Today, the zombie has grown ever more dangerous as society’s fear of death, disease, science, the stranger and technology grow. Recent films like World War Z and novels including Zone One confront these fears and question our strengths as well as the ability to defend ourselves. In the process the zombie has transformed from the pitied victim of the Bokor to a dangerous monster that is out of control and unstoppable.

10. Are there Zombies in our Future? 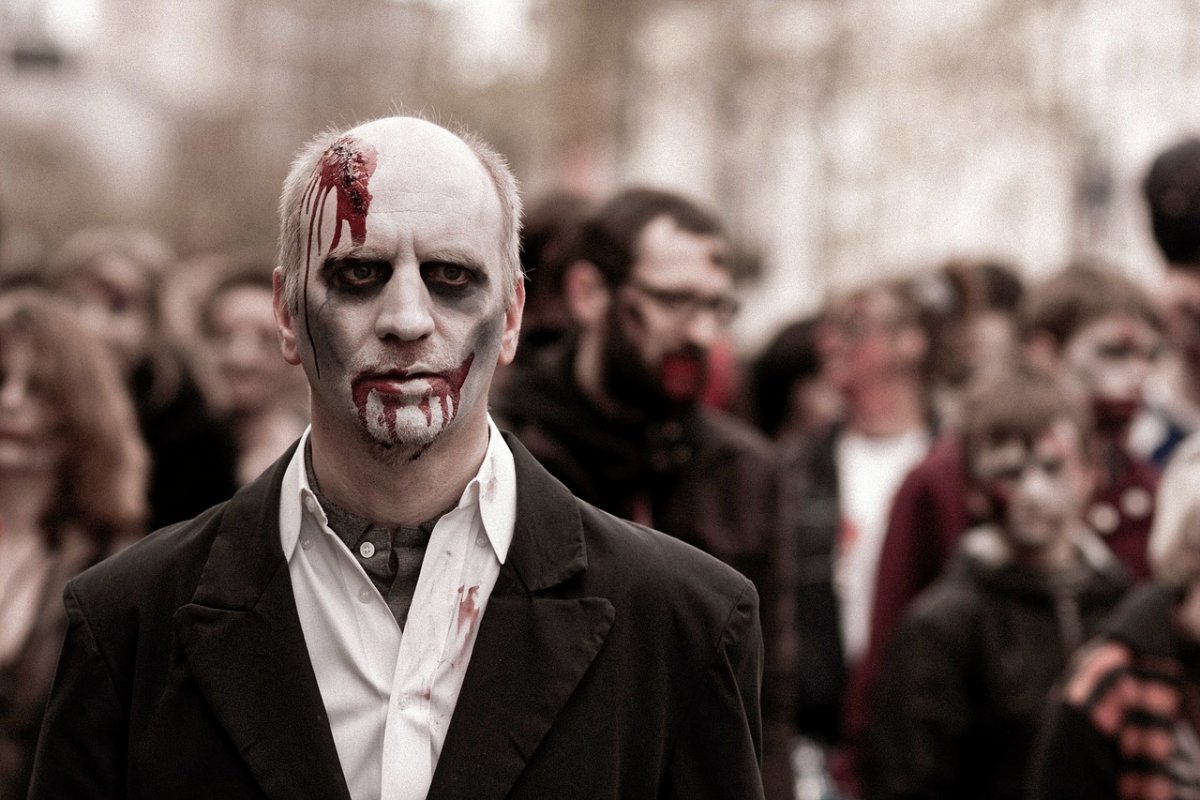 A contemporary crowd dressed up as zombies.

In contemporary North America the Haitians’ fear of zombification and the powers of the Bokor has become a collective fear of the stranger, rendered as an unstoppable monster that cannot be trusted (for example in the ongoing series, The Walking Dead). The fear that drives us to destroy first and ponder existence later grows. Some researchers argue the tensions have rendered us metaphorical zombies as we express our insatiable and unintelligible appetite for more stuff regardless of the cost. Unlike vampires who carry themselves within the trappings of elite Victorian culture, the zombie is a monster. And as zombies (and therefore as monsters), we question the limits of individuality yet blame lies at the feet of the strangers (the alien or immigrant perhaps) whose most dangerous feature is their difference. 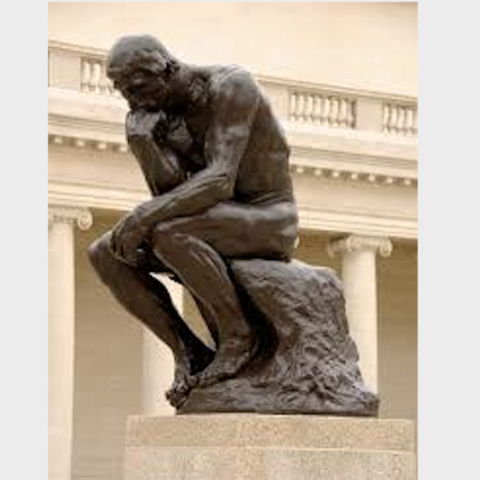 Baptized in the Jordan: Restoring a Holy River 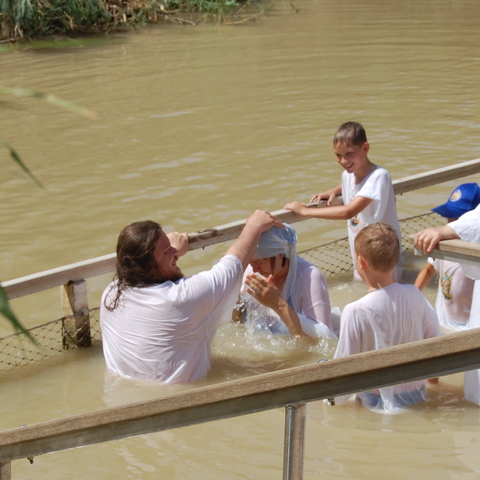 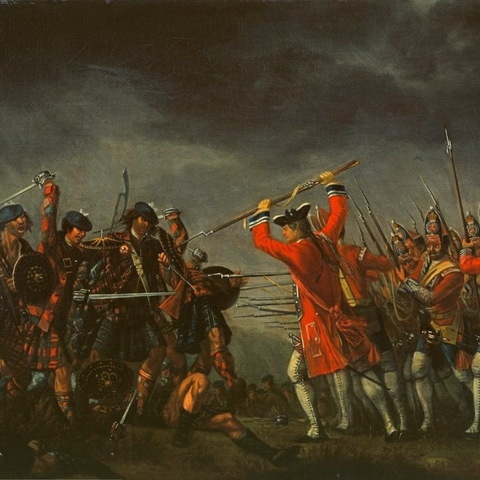