In September 1959 Nikita Khrushchev, General Secretary of the Communist Party and Premier of the Soviet Union, arrived in Washington for a tour of the country. The first Russian head-of-state to set foot on American soil while in office, Khrushchev and his journey were the talk of the U.S.—in newspapers, on television, in living rooms across the country—during his visit.

In a well-written narrative, historians Lawrence Nelson and Matthew Schoenbachler follow Khrushchev’s route, from his arrival onboard a Soviet TU-114 airplane that landed at Andrews Airforce Base, to his visit to New York City, his trip out to the West Coast to see Los Angeles and San Francisco, his stopovers in the Iowa heartland where he toured agricultural sites and in Pittsburgh to see industrial sites, and his return to Washington, Camp David, and President Eisenhower’s own Gettysburg farm.

The opportunity to share in this journey, to imagine the complications and sheer exhaustion of meals, receptions, speeches, and transit from one site to another, is simply delightful. Nelson and Schoenbachler describe misunderstandings and frustrations, clashes of expectations and uncomfortable situations for participants on both sides.

They portray the Soviet leader as genuinely curious about the United States and the people who lived there, repeatedly emphasizing Khrushchev’s joy at breaking away from security cordons and official engagements and interacting with ordinary Americans. 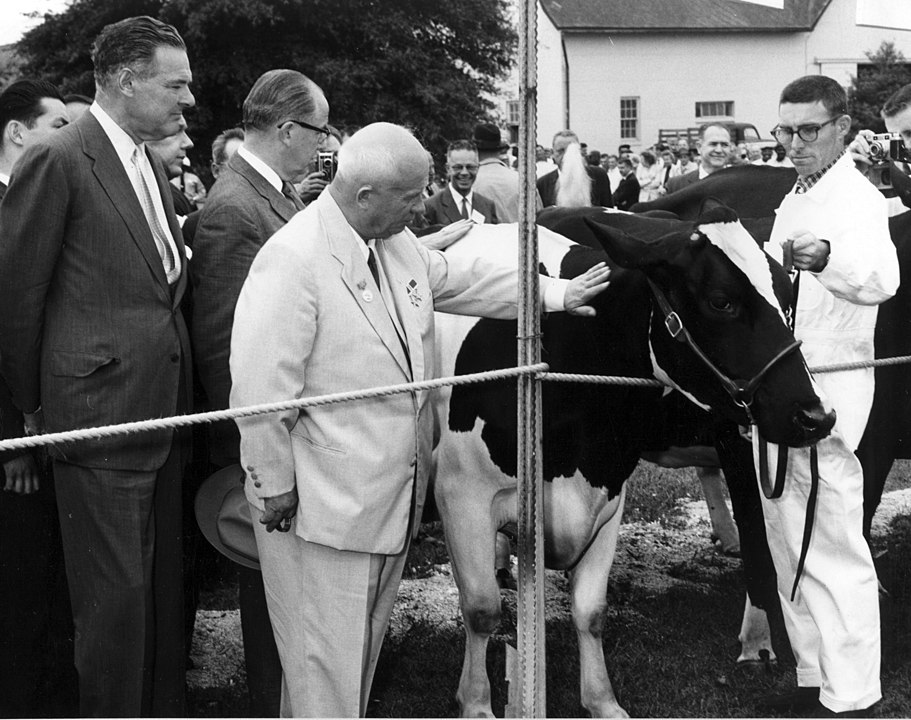 Khrushchev during his visit to the Agricultural Research Service Center in Maryland.

Some of them were not pleased to see him. Crowds, many of whom had ties to Hungary or relatives trapped in the Soviet Union, made their presence known—sometimes with their silence, as at Khrushchev’s arrival in Washington, DC, or with homemade signs and placards along his route.

Khrushchev was the “Butcher of Budapest,” “bloody Khrushchev, master of captive nations,” a “Murderer.” But when he was able to connect with individuals, Khrushchev had positive exchanges—of his fedora for a stevedore’s cap in San Francisco, or simply of words, assuring people he met that what he and the Soviet Union wanted was peace and prosperity for both nations.

Henry Cabot Lodge looms large in this narrative. From Lodge’s papers and memoirs, the authors draw an intimate portrait of the statesman who spent hours and hours with the Soviet Premier—in airplanes, on trains, and at reception after reception across the country.

So too does Robert Garst, a likeable Iowa corn farmer who had forged a personal relationship with Khrushchev during his own 1955 visit to the Soviet Union. Garst’s fantastic harvest yields caused consternation for Khrushchev, who wanted to adopt some American agricultural practices while still asserting the advantage of the Soviet command economy. 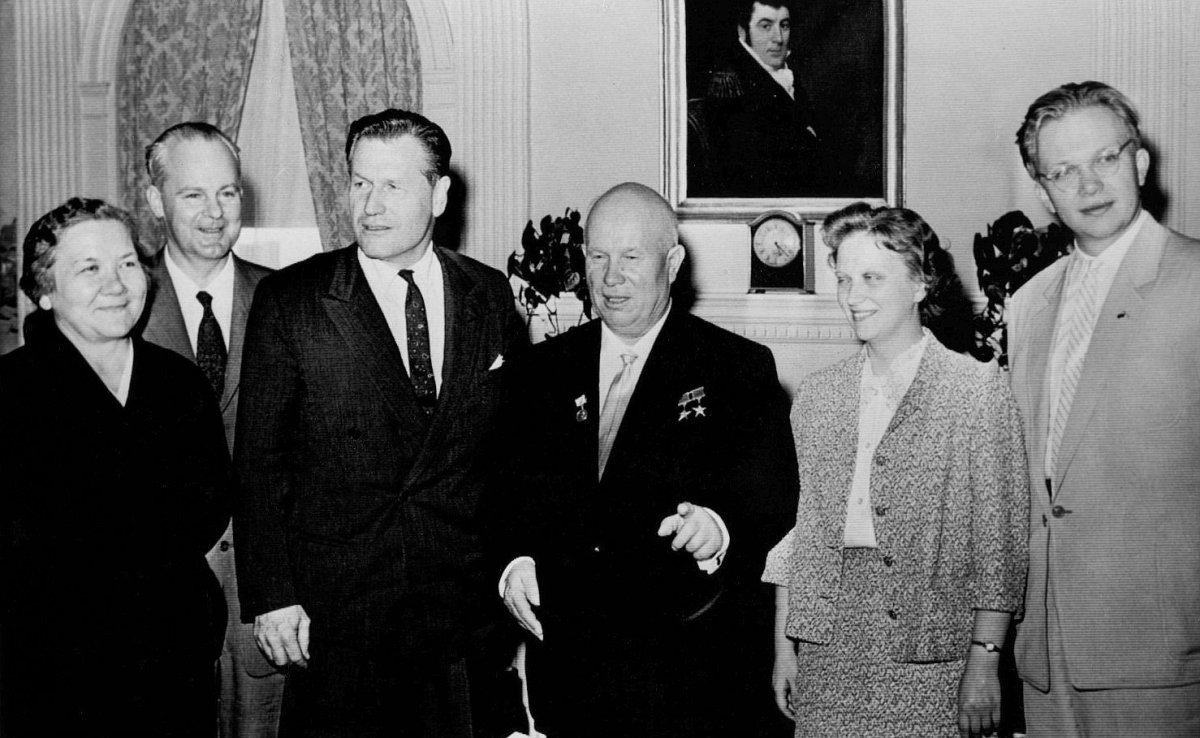 The Khrushchev family at the Waldorf Astoria during their visit to the United States.

Throughout the book the authors come back time and again to two ideas: first, the hostility of the Communist leader toward the West as evidenced by what they call Khrushchev’s “infamous remark” “We will bury you,” and second, his inferiority complex, which they highlight every time Khrushchev is impressed or surprised by what he sees, or when he defends the Soviet system.

The controversy about what Khrushchev meant with his “burial” comment flared at the time. As a 1962 CIA report (declassified in 2002) explains, Khrushchev did say those words in Moscow 1956, but in all likelihood he was not issuing a threat but rather stating what he saw as an historical inevitability. If Marxist-Leninist doctrine was correct, then communism would outlast capitalism.

When he arrived in Washington DC in September 1959 Khrushchev complained: “my statement was deliberately distorted … what I meant was ... that in the historical sense capitalism will be buried … I am convinced that communism will win.” The question of this misinterpretation never comes up in Khrushchev’s Journey but would add nuance to the complicated relationships that emerged between Khrushchev and other world leaders, including Eisenhower.

For Americans capitalism and religion were the bedrock of our country, a fact Khrushchev’s U.S. hosts reminded him of repeatedly. They also continually insisted that the American system was inherently superior to the Soviet one, so it is hardly surprising that Khrushchev should appear, as Washington Post reporter Chalmers Roberts characterized him, “tough, touchy, and proud.”

Regardless of what Khrushchev felt personally as he toured IBM employee cafeterias or Iowa cattle farms, he would inevitably have defended his own country and the Soviet system. Calling this some sort of inferiority complex misses the mark.

For lovers of food history, this book is a trove, detailing menus as the Americans endeavored to impress their Soviet guests and vice versa. For example, the first dinner at the Soviet embassy featured “caviar, fish fillets, Ukrainian Borscht, sterlet in champagne, vodka, and Caucasian shashlik” flown in from the USSR and was crowned in a “bit of culinary humor” with Baked Alaska.

At the IBM cafeteria in San Jose the Soviet premier was treated to “beautiful California salads and an array of cold meats,” but what really impressed him was the self-service and the cafeteria line.

Under a canvas tent in Iowa on Garst’s farm “guests lunched on baked ham, fried chicken, barbecued ribs, apple pie, and corn pudding.” Khrushchev expressed his approval of the fare.

Lawrence Nelson passed away in 2014, and his colleague at the University of North Alabama Matthew Schoenbachler finished this book and saw it through to publication. Their conclusion to this story blames the Americans for the ensuing missile crisis and for the continued arms race.

If Eisenhower had not authorized U-2 flights over Soviet airspace, they imply, then the mutual good will generated by Khrushchev’s journey might have taken our two nations on a different path. They hint at the dangers of those reconnaissance flights from the beginning of their narrative.

Whether or not that conclusion is persuasive, the genuine humanity of the Soviet premier comes out, and in a way that is the most powerful part of the book. Americans were curious about Khrushchev, and he was curious about them. Both sides came away with a better understanding of what the “enemy” looked like. 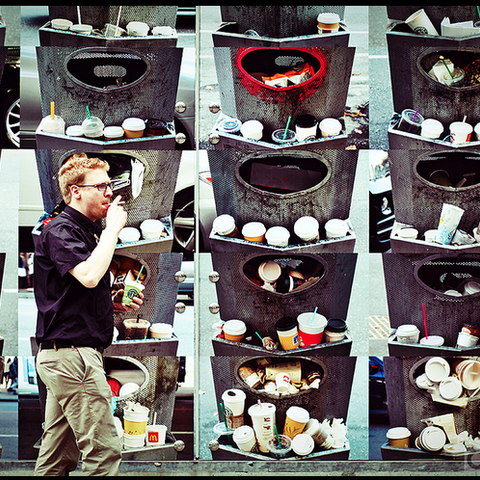 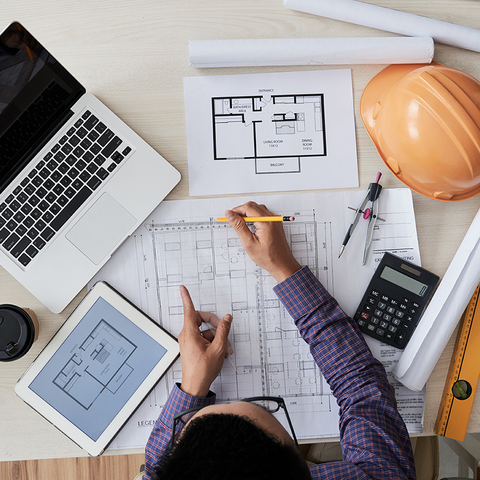 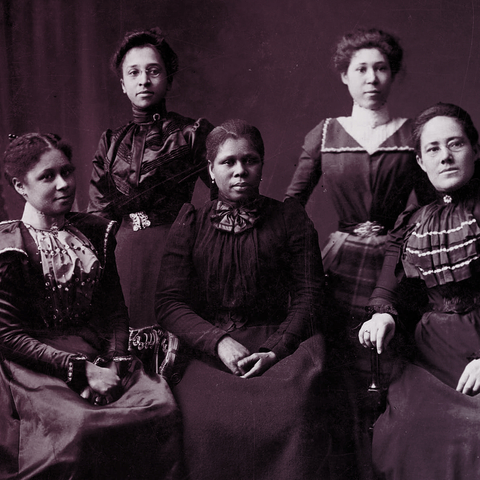